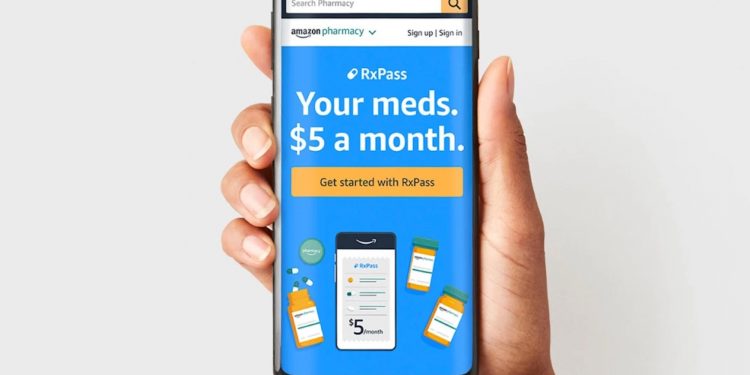 Amazon launched RxPass on Tuesday, a program that will allow Prime members to add on prescription delivery for a limited number of generic medications for $5 a month.

The idea is to make it easier for people to obtain their medications.

“Aspects of our health care system make what should be easy, difficult. It’s why I feel so fortunate to be a part of the change that Amazon Pharmacy is helping to bring to this space,” said Dr. Vin Gupta, chief medical officer at Amazon Pharmacy, in the company’s release.

It will be available in “most” U.S. states immediately, the company said.

Customers who pay for Amazon’s Prime program ($14.99 a month or $139 a year) can create a pharmacy profile, have their prescriptions sent to the system, and receive the medications via delivery.

“It’s estimated that more than 150 million Americans take one or more of the medications available through the RxPass monthly subscription,” the company said in the release. The list of available drugs includes 60 medications including Escitalopram, which is generic Lexapro.

Amazon previously offered discounts to people who were Prime members on generic and brand-name drugs, CNN noted. The move continues the e-commerce giant’s push into healthcare — in July, the company acquired primary care company One Medical. Amazon created its pharmacy division in 2020.

At this time, RxPass only offers generic drugs — a drug with the same active ingredients, designed to be “interchangeable” with a brand-name drug. (Pharmaceutical companies in the U.S. typically exclusively sell a new, “name brand” drug for a period of several years, and after that expires, the generic drug can be sold.)

Elizabeth Anderson, an analyst at Evercore told CNN that generic drugs by volume make up about 86% of prescriptions in the U.S., but they only account for about 20% of how much money people total spend on prescription drugs. She called the move an “incremental pharmacy experiment.”

Health insurance is not needed to access the program, but RxPass is not available to people who are enrolled in Medicare and Medicaid. You can also use RxPass to fill prescriptions at participating pharmacies.

How the Feds Could Regulate Cryptocurrency Post-FTX Collapse

Having Trouble Getting Verified on Social Media? Try These Steps