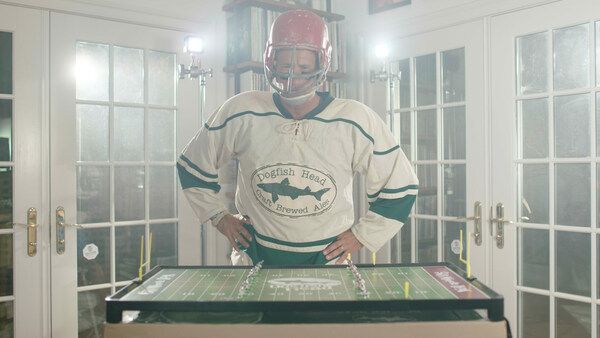 Dogfish Head, which merged with The Boston Beer Co. in 2019, is airing a not-so-big commercial during the big game on Feb. 12. However, the spot isn’t meant to drum up excitement for the Super Bowl, but for the little-known Electric Football World Championships and features Sam Calagione, founder of Dogfish Head.

Calagione has a deep connection to electric football as he once rigged a brew kettle over an electric football board to add hops at a consistent rate. The method of continual hopping is used for the brand’s line of IPAs while Calagione’s original machine is now in the Smithsonian Museum.

The commercial’s $7,000 price tag is a big contrast with the going price for an official big game slot, which is at an all-time high of $7 million.  The ad will air on WBOC-TV, which services the area where the beer brand is based and is an affiliate of CBS and Fox, the broadcaster for this year’s Super Bowl game. It will also be shown across the brewer’s social channels. The Electric Football World Championship will take place at Dogfish Head’s Tasting Room & Kitchen in Milton, Delaware and the brewery will livestream portions of the event on its YouTube channel.

To further commemorate the partnership with Tudor Games, the brewer is also launching its own beer-themed version of Electric Football. The boards are limited edition and will be priced at $110 each.

Why is WordPress Good?