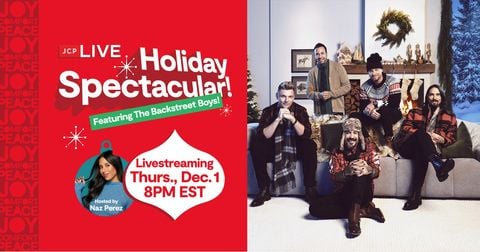 J.C. Penney was recently bought out of bankruptcy but is still struggling to maintain sales. Its “JCP Live Holiday Spectacular” feels a bit like a throwback to the holiday variety shows of the past and is intended to keep the brand on consumers’ radar for the holiday season. It follows the appointment of a new CMO, John Aylward, in June.

So far, there hasn’t been a clear message on how strong or not holiday sales will be this year. Given the uncertainty around the economy, some marketers are questioning if they can message around joy while others have been playing it safe by focusing on value and promotions. The JCPenney brand, which is positioned around meeting the needs of working families year round, is embracing traditional messaging with programming intended to be enjoyed by families and is supporting viewers through giveaways, which will occur every 10 minutes throughout the program. Prizes from the on-air advent calendar will be awarded to audience members who are engaging in the comments. Additionally, the retailer will offer up surprise $50 gift cards to audience members.

In an effort to take advantage of the more interactive nature of digital platforms, the holiday show will feature the members of the popular 90’s boy band participating in games, such as guessing “Who’s the Most Likely to…” and running an obstacle course dressed as snowmen. The band will also answer fan questions through an audience Q&A.

In a nod to the popularity of social media influencers, 10-year-old TikTok dancer Chase Castle will teach the stars some new dance steps and will practice putting makeup on each other with help from Piper Nelson.

The retailer is also focused on giving back by using the occasion to kick off its previously announced three-year partnership with Feeding America. There will be opportunities for audience members to unlock an additional $25,000 in donations during the show’s premiere. The contributions will support Feeding America’s Summer Food Program, School Pantry Program and other initiatives that provide food for families throughout the year.

Tyson Recalls Ground Beef for Having ‘Mirror-Like Material’ In It

Chevron integrates its US fueling applications to Apple CarPlay

Lord & Taylor is latest to set up retail media network

McCormick spices up the metaverse with Decentraland experience