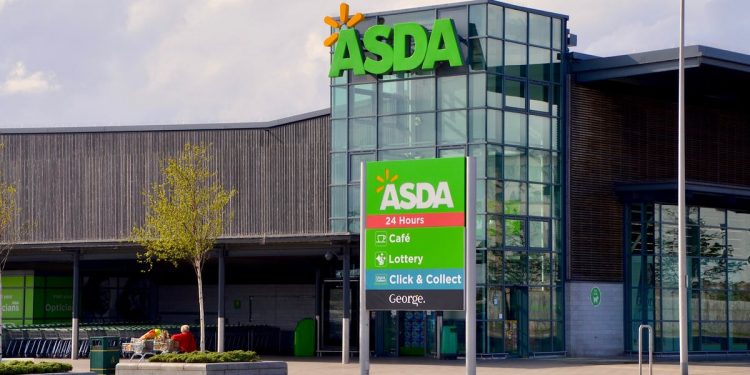 Asda is one of the last major UK supermarkets to launch a loyalty scheme and the last of ‘big four’ grocers Tesco, Sainsbury’s and Morrisons.

Asda is rolling out its first loyalty programme, Asda Rewards, across all 633 of its UK stores and online, following successful trials in various regions since October last year.

The app-based scheme already has more than 1 million members, the supermarket claims. Rewards build up as a ‘cashpot’ of pounds rather than points, which can then be spent during grocery shops online or in-store. Users have so far earned a combined £4m for their cashpots.

Rewards are earned in three different ways, including the completion of in-app “missions”. The ‘Back to School’ mission will see customers earn £5 when they spend £25 on school uniform by Asda’s own-brand George, for example, while the ‘fruit and veg bonus’ will add £1.50 into customers’ cashpots when they buy any 10 fruit or vegetables.

Customers can also buy ‘star products’ to earn 10% of the product’s price back. There are currently over 400 star products available across own-brand and branded lines.

Alternatively, by using the Asda Money credit card, customers earn 1% back on everything they spend on the card at Asda and 0.3% on non-Asda spending.

Earnings can be redeemed anytime by creating a voucher within the Asda Rewards app. The app will also link to customers’ online shopping accounts. Who will win the battle for loyalty?

“We’re incredibly excited to be able to give all our customers access to Asda Rewards across the UK so they can start to earn rewards and build their cashpot,” says senior director for loyalty Mark Baxter.

“We know that times are tough for families right now, so it’s great to be able to reward them for simply shopping with us.”

The supermarket ran initial trials of the rewards scheme in 16 stores across the West Midlands and West Yorkshire.

Asda is one of the last major UK supermarkets to launch a loyalty scheme and the last of ‘big four’ grocers Tesco, Sainsbury’s and Morrisons. Tesco launched its Clubcard proposition in 1995, while Sainsbury’s joined the Nectar loyalty programme in 2002 and bought the business in 2018. Morrisons relaunched its MyMorrisons rewards scheme last year.

Both Waitrose and Marks & Spencer have also relaunched their loyalty programmes over the last two years, with M&S’s Sparks scheme becoming an app-based, digital-first service in 2020 and Waitrose doubling investment in myWaitrose in February this year.

Asda’s decision to roll out its own scheme follows the launch of its value range Just Essentials by Asda earlier this year, which it claims is the largest budget-friendly staples offer in the market. The supermarket said the range would “further strengthen” its position as the “lowest-priced” big four supermarket.

A Modern Marketer’s Guide to NFT Adoption and Branding

Use This PROVEN Facebook Ad Formula (Get More Clicks & Sales)