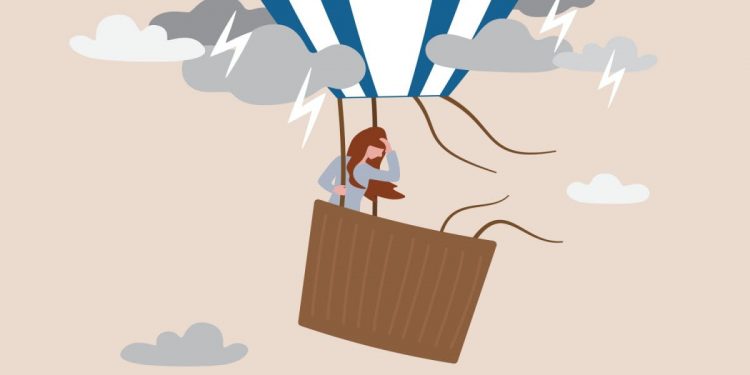 For marketers it will be “more important than ever” to invest “carefully” in their brands and protect their value and appeal, says GfK’s Joe Staton.

UK consumer confidence has plummeted to a new low for the fourth time in five months, reflecting deep concerns over personal finances and the economy for the coming year.

Of the five measures which make up the headline index score, four have declined compared to last month. According to GfK’s client strategy director Joe Staton, consumers’ pessimism towards both their personal finances and the general economy over the coming year are “especially worrying”.

Expectations for personal finances over the next 12 months have fallen by nine points since August to a score of -40, down 45 points since September 2021. Staton tells Marketing Week this score is “worse than anything we’ve seen since at least 2006”.

Meanwhile, people’s view of the general economic situation over the next year is down eight points to -68, 52 points lower than this time last year.

“These numbers are where many forecasters look for signs of economic optimism among consumers and the results deliver very bad news in that respect,” Staton explains.

Consumers’ perceptions of their own financial situations over the past 12 months also worsened, down three points since August to a score of -28 and down 24 points since this time last year. Their view of the economy over the last year has dropped four points to -72, 29 points lower year on year.

The major purchase index, which indicates consumers’ likelihood to buy big ticket items, is unchanged this month, remaining at a score of -38. However, as the score is 32 points lower than September 2021 and already “depressingly low”, Staton says the lack of change is “of little significance”.

Noting that marketers are likely “well advanced” with their strategies for the fourth quarter of the year – which, with Black Friday and Christmas, is often a key sales period – Staton warns of a “cautious, thrifty, even penny-pinching festive season”.

“Nobody can realistically expect shoppers to suddenly feel the urge to spend, especially if the next three months deliver more unwelcome news – which is likely,” he says.

“There’s an unbelievably tough period ahead and for marketers that means it will be more important than ever to invest carefully in brands so as to protect their value and appeal.”

UK inflation eased fractionally in August, falling from an annual rate of 10.1% in July to 9.9%, according to the Office for National Statistics. However, it remains close to the highest rate in 40 years.

The minor relief came as petrol and diesel prices fell, but the cost of food and clothing has continued to rise. Prices overall jumped by 0.5% in August.

Most of Generation Z Is Happy to Continue ‘Quiet Quitting’

What’s hot in the metaverse for consumers

How to Start a Huntington Learning Center Franchise in 2022

Given the Fed’s Hawkish Stance Where Will Market Bottom Be Found?

Your Definition Of Sales Is Wrong