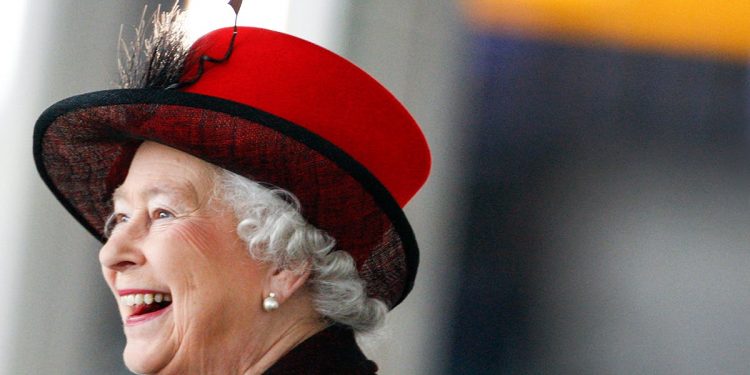 Some of the UK’s biggest brands have decided to shut their doors on Monday (19 September) as a mark of respect during the funeral of Queen Elizabeth II.

The UK’s top supermarkets, including Sainsbury’s, Tesco, Aldi, Lidl, Waitrose, Asda and Morrisons, have all said they will close on the day of the Queen’s funeral to allow staff to mourn. They are joined by others including John Lewis, Primark, B&Q, Argos, Homebase, Harrods and WH Smith, which have all issued statements this week explaining their position.

John Lewis Partnership says will be closing all its department stores and the vast majority of Waitrose outlets “as a mark of respect”, with the firm believing it is “the right thing to do” for its partners and customers.

Likewise, Sainsbury’s will be closing its supermarkets and Argos stores in honour of the Queen and to allow its staff to “pay their respects”. This includes online groceries and Argos fast track deliveries.

Primark will be closing its stores, depots and head office to enable staff “the opportunity to pay their respects and watch the funeral of HM Queen Elizabeth II”, while Aldi will also be shuttering for the duration of Monday.

Lidl, which is still displaying a grey logo on social, said it too will be closing stores on Monday to allow colleagues to pay their respects.

Asda confirmed its stores will close from midnight on Sunday (18 September) until 5pm on Monday to allow staff to commemorate the Queen’s “steadfast service to our nation”.

Meanwhile, Cineworld will close all its UK cinemas to mark the state funeral, and Domino’s told the BBC its outlets will open at 12pm on Monday once the ceremony has finished, an hour later than the chain’s usual operating hours.

Greggs and McDonald’s have joined the growing list of brands choosing to close as a mark of respect for the Queen’s funeral on Monday.

The bakery brand said that to give colleagues the opportunity to pay their respects shops will close, except for a small number operated by franchisees.

Likewise, McDonald’s has confirmed its outlets nationwide will close on Monday until 5pm as a mark of respect, with operating hours and services set to vary afterwards. Customers will not be able to order food for delivery until after 5pm.

‘Hubs of the community’

While retailers have largely taken the decision to close, many pub chains are pledging to stay open. According to the BBC, Greene King will keep its pubs in central London, and those with televisions, open across the country to screen the funeral service. Fullers Group expects to keep most of its 400 pubs open and brewer JW Lees will open the doors to its 44 pubs, describing them as “hubs of the community”.

Brands urged to tread carefully in response to Queen’s passing

However, not all decisions to close for the state funeral have been well-received. On Tuesday, Center Parcs was forced to backtrack after initially saying it would ask guests to depart its sites on Monday for 24 hours, meaning some customers would be forced to leave their holidays half-way through.

Following a backlash, the holiday park company said it had “reviewed its decision” and will now allow guests already on site to stay on Monday. Facilities, such as restaurants, will be closed and any customers due to arrive at one of Center Parcs’ sites on Monday will not be allowed to check in until 10am on Tuesday (20 September).

The move comes after an administrator on the Center Parcs official Twitter account was forced to apologise for implying guests would need to remain in their lodges on Monday, rather than being free to walk around the site.

As well as closing out of respect for the former monarch’s funeral, many brands have taken to social media to express their condolences on the Queen’s death. However, figures from YouGov suggest that consumers may be more cynical about these expressions.

Almost six in 10 (58%) say brand messages about the Queen are more driven by PR reasons than a sincere desire to pay respects, with only 28% thinking it’s likely these messages are heartfelt.

How the world of sports is paying tribute

In the world of sport, the Premier League will return this weekend (16 to 18 September) after a pause last week. The league has confirmed LED perimeter boards, which typically feature advertising messages, will switch to display tributes for the Queen across all grounds.

Big screens at Premier League stadiums will also display tributes to the late monarch, while flags at the grounds will fly at half-mast. Players and match officials will wear black armbands as a mark of respect and, joined by the managers, will gather at the centre circle before kick-off.

Fans will be asked to join a minute’s silence, followed by the National Anthem, and 70 minutes into each game there will be applause to celebrate the monarch’s seven-decade reign.

The Premier League says the plans will provide an opportunity for the league, clubs and fans to “come together to pay tribute to Her Majesty Queen Elizabeth II, honouring her extraordinary life and contribution to the nation and world”.

The English Football League (EFL) resumed on Tuesday (13 September), while fixtures in the National League – the fifth tier of English football – returned on Monday (12 September).

The decision to pause football matches last weekend has been widely criticised, especially given other sports such as cricket, horse racing and golf went ahead as planned.

Ads paused, plans on hold: How the industry is paying tribute to Queen Elizabeth II

Ex-players expressed frustration at the move, with Match of the Day presenter Gary Lineker describing it as a “real shame” football had missed the opportunity to pay its respects given the “moving scenes at The Oval”. Likewise, the Football Supporters Association claimed an opportunity had been missed for “football to pay its own special tributes”.

However, figures from YouGov suggest that the majority of the public (56%) support pausing football matches until after the Queen’s funeral.

In the days after the Queen’s death, commercially-funded broadcasters such as ITV and Channel 4 paused advertising on their channels and on-demand services.

The broadcasters will take similar approaches on the day of the funeral, with no ads being shown across ITV and Channel 4.

ITV has also said that the funeral will be shown live and uninterrupted on its main channel and simultaneously on all of its digital channels.

Channel 4 is following a similar approach with no ads from early on Monday morning until midnight on all channels, plus on-demand service All4.

Out-of-home advertising companies, which paused commercial ads after the Queen died, are also adopting this stance on the day of the funeral. JCDecaux will pause regular ads and will be blanking all its posters along the funeral route. All of its digital screens will show a tribute to the Queen.

How To Design Your Business For Revenue, Profit & Happiness