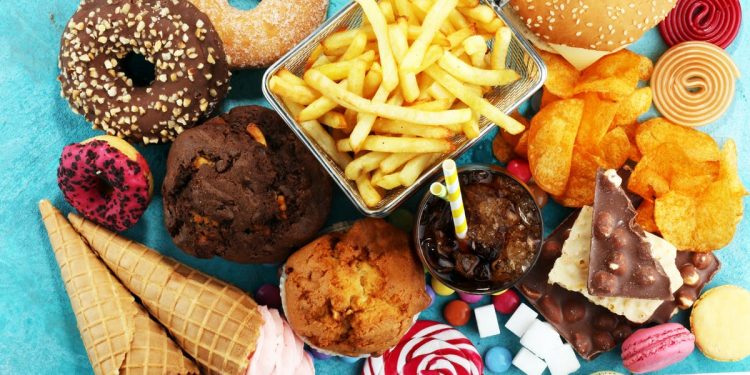 From October under current plans, HFSS products will no longer be eligible to be displayed in ‘impulse’ areas, meaning at check-out or at the end of shelves in store. Rules due to come into force in January that would ban HFSS advertisers on TV pre-watershed, as well as online, have been delayed until 2024.

Now Truss and her new health minister Thérèse Coffey are reviewing the rules, originally introduced in a bid to reduce obesity. The new government is aiming to “cut red tape” for businesses, according to The Guardian. Reports of a review have neither been confirmed or denied by the government.

Marketing and advertising industry bodies have repeatedly expressed concern about the impact of the HFSS rules on businesses and have broadly welcomed reports Truss may decide to scrap them.

By the government’s own estimates, the planned TV watershed and full online ban for HFSS advertising would barely scratch the surface.

“It was to be hoped that when the new government took office they would take a step back, take stock and review the evidence as to whether the 9pm watershed and online ban on HFSS products would work,” says ISBA director of public affairs Rob Newman.

“It’s entirely right that the new health secretary is looking again at this.”

The IPA’s legal and public affairs director Richard Lindsay says a review of the rules “would be very welcome” in order to avoid damage to business.

“We have always been clear that, based on that government’s own evidence, the restrictions would do nothing to address the problem of childhood obesity that all of us want to solve, but would have a damaging impact on businesses,” says Lindsay.

“That we are still waiting for a government consultation to provide details of the restrictions just adds to the uncertainty for businesses.”

Indeed, industry bodies have previously questioned whether the planned measures would be effective at tackling obesity, an issue also raised by Advertising Association (AA) director of public affairs, Sue Eustace.

“By the government’s own estimates, the planned TV watershed and full online ban for HFSS advertising would barely scratch the surface – only reducing calorie intake by two to three calories a day,” she says.

Eustace adds that ad bans are “not a silver bullet” to the UK’s obesity problems, which instead require a “holistic, evidence-based approach”.

While marketing industry bodies may be crossing their fingers the government will scrap the planned rules, some campaign groups have been critical of reports the new prime minister is considering abandoning the regulation.

As well as looking at incoming HFSS rules, the scope of the review will reportedly reassess rules requiring calorie counts on menus and the introduction of the sugar tax in 2018.

The Food Foundation’s executive director Anna Taylor claims such a move by the government would be “a grave economic mis-step”, citing data suggesting obesity results in higher taxes and decreases GDP.

Taking to Twitter, Action on Sugar says it would be “madness” for the government to scrap the incoming rules, which it says have “public support”. The campaign group argues that “most businesses have already done the work” to comply with the incoming rules.

Many brands with HFSS products, such as Walkers, Mr Kipling and McVitie’s, have embarked upon reformulation to make products healthier. While there has been an influx of reformulated products since the HFSS rules were announced, some food and drinks brands say they were already heading in that direction.

Speaking to Marketing Week earlier this month, Britvic commercial growth director Bruce Dallas said the business has got to a place where over 90% of its products are HFSS-compliant. While he noted that this set the business up well for the incoming rule changes, he added that Britvic had recognised creating a healthier portfolio was simply “the right thing to do”.

Similarly, CMO of Mr Kipling-maker Premier Foods, Yilmaz Erceyes, told Marketing Week in May that the company had been focused on making its products healthier long before the HFSS legislation was proposed.

While reformulation may be part of a longer-term, health-focused strategy for many food and drink brands, the planned HFSS rules will still throw a spanner in the works with regards to how many advertise, as well as how retailers display products in store.

The fact the government is yet to confirm reports of a review to the rules is a source of frustration for many.

“The industry is currently facing great uncertainty around the timing and implementation of the advertising restrictions – making it difficult to plan future campaigns,” says Eustace.

ISBA members “need certainty” on the matter Newman adds, something which he says the government ought to provide by accepting the rules “are not the way to go”. He argues the government could then look to work with brands on more effective ways to tackle the issue of obesity.

Is Five Below Trying to Punch Too High?

How To Make Tough BUSINESS Decisions