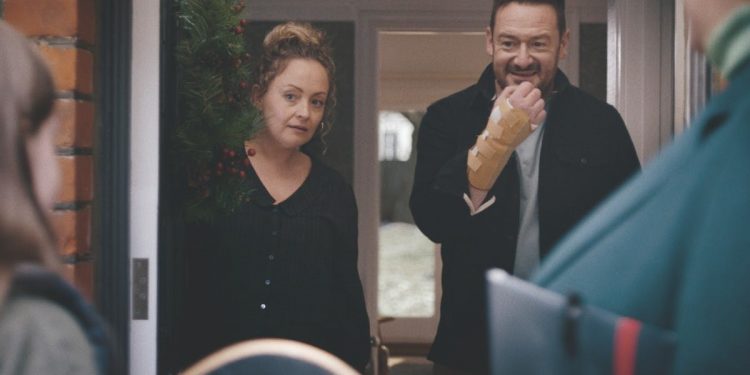 John Lewis’s Christmas advert scores mid-level in its potential to drive long-term effectiveness and ranks much lower than many of its rivals’ efforts this year.

However, the ad does manage to achieve a better than normal “balance” between effectiveness and delivering its purpose-fuelled message, according to data from System1.

Unveiled earlier this week, ‘The Beginner’ builds on the launch of John Lewis’s ‘Building Happier Futures’ programme in October, a “long-term commitment” to help young people with experience in the care system into the world of employment.

The 90-second film depicts the journey of a middle-aged man learning to skateboard. At the end it is revealed that the reason for his efforts was that he and his wife were preparing to welcome foster child Ellie, a keen skateboarder.

System1’s platform uses the emotional response of real people to award ads a star rating between one and five, as a predictive indicator of the ad’s brand-building ability. The Beginner scores 3.3 stars, classed as “good” in the effectiveness research firm’s ratings.

However, other 2022 Christmas ads are significantly outperforming John Lewis on this metric. Typically only 1% of ads tested by System1 achieve the top five star score, but so far this year 11 ads have hit the mark. The top-rated is Asda’s ‘Have your Elf a Merry Christmas’, which achieved 5.9 stars.

Asda’s ad matches the rating of John Lewis’s 2019 festive ad ‘Excitable Edgar’, which also achieved 5.9 stars. These ads, along with Coca-Cola’s annual ‘Holidays are coming’ spot, are some of the highest scoring in System1’s database.

In 2020, John Lewis reached a lower but still strong score of 4.4, with its ‘Give a Little Love’ ad. Last year’s ‘The Unexpected Guest’ scored just 3.1 stars.

Yet, while The Beginner fails to repeat the high effectiveness scores achieved by the retailer in previous years, it does perform well for a purpose-driven ad, which normally rank poorly for effectiveness in System1’s rankings. Previous purpose-focused Christmas ads, such as Sainsbury’s World War 1 themed ad in 2014, Iceland’s 2018 Greenpeace crossover and John Lewis’s own partnership with Age UK for 2015’s ‘Man On The Moon’, scored only one or two stars on the platform.

In those previous cases, “the purpose element overwhelmed effectiveness”, says System1’s chief customer officer Jon Evans. However, “this year John Lewis have got the balance right”.

He explains: “If it was a typical brand-building ad, its 3.3 star score on our one to five scale might be a little disappointing… But this is not just a brand-building ad. It’s an awareness raiser for the issues faced by children in care in the UK and ties in with a campaign by John Lewis to help give them a better Christmas.”

System1’s platform also looks at the top associations viewers make with the ad. For The Beginner, the primary associations are “caring” and “family”, and the emotional intensity of the ad is much higher than average. For Evans, this is proof that the ad is “working”.

Elsewhere, analysis by consumer insights firm Zappi finds that after testing the ad with 200 UK viewers, 69% “loved” it, meaning they rated the ad eight or more out of 10 in terms of overall appeal.

The Beginner scores 7.7 out of 10 for overall appeal, a measure of general likeability. John Lewis’s average ad appeal is 7.3, scored across 15 years of ads.

The festive spot also scored 7.1 out of 10 on its likelihood to incite behaviour change among viewers, “significantly above the norm”. Other measures that rank above average are brand feeling (7.2), uniqueness (7.7) and viral likelihood (5.8). Brand linkage (7.0), relevance (7.0), brand appeal (7.3) and believability (7.4) all ranked “in line with the norm”.

However, the best received Christmas ad of 2022 according to Zappi’s analysis ranked is Lego’s ‘Have a Playful Christmas’, which scores significantly above the norm for both brand appeal and behaviour change at 8.1 and 8.2 out of ten, respectively.