KFC, Disney, Coral: Everything that matters this morning 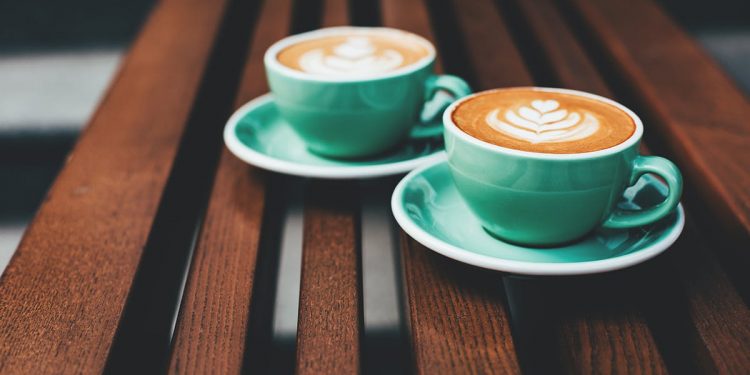 By 2030, one third of KFC’s new recruits will be young people from disadvantaged backgrounds, it says.

KFC says the programme, which is conducted in partnership with charity UK Youth, will help around 6,000 people get their first job. The scheme will involve training and practical work experience, and is targeted at young people aged 16 to 24 who have faced social, economic, domestic or mental health issues that have acted as barriers to employment.

KFC UK and Ireland general manager Meghan Farren says a scheme like this represents “an investment in the future of our businesses”.

“If we’re to tackle the labour shortage and provide better jobs and economic growth across the country for the next generation, then we urgently need to help young people who have been excluded from education and training opportunities to find their feet and their voice in the workplace,” she says.

READ MORE: KFC says a third of hires will be disadvantaged youth by 2030

Products which mimic the packaging of familiar brands are artificially driving up costs for consumers, argues a report from the British Brand Group (BBG).

The report presents a number of private-label FMCG products alongside visually-similar familiar brands. The BBG says it selected these products as “they appear to be designed intentionally to evoke familiar branded products, thereby gaining an advantage from those products.”

There is evidence shoppers mistakenly buy these products thinking they come from the same company, or are of the same quality as the original brand, claims the report. The BBG terms these copycat products “parasites”.

“In addition to free-riding on the marketing effort of familiar brands without incurring the associated costs, boosting their profits in the process, the copy is also able to charge higher prices, without delivering any higher value to the shopper,” it argues.

The BBG note there is limited action brand owners can take to protect themselves against what it views as parasitic behaviour. It says there is even less to protect consumers from being charged artificially more for products not worth the price.

Disney is planning to freeze hiring and cut some jobs as it aims to move its Disney+ streaming service towards profitability.

CEO Bob Chapek sent an internal memo saying the company was introducing a hiring freeze and was expecting to make “some small staff reductions” as it aims to reduce costs amid a toughening economic environment, reports Reuters.

“While certain macroeconomic factors are out of our control, meeting these goals requires all of us to continue doing our part to manage the things we can control – most notably, our costs,” Chapek wrote in the memo.

The company missed earnings estimates when it reported its financial results last week, and saw shares drop more than 13% following the results.

Disney+ has seen rapid subscriber growth, but continues to operate at a loss for the company. In its latest financial results, Disney said the service had gained 12 million subscribers in its last quarter, but reported an operating loss of nearly $1.5bn( £1.3bn). It is forecasting the service will become profitable in fiscal 2024 and says losses peaked in the last quarter.

Frasers Group, which owns brands like Sports Direct and House of Fraser and which was founded by Mike Ashley, has reportedly been contemplating an acquisition of the tailor since September. Gieves & Hawkes was put up for sale last year after its Hong Kong owners collapsed into liquidation.

The high-end menswear brand dates back to 1771 and was originally designed to cater to the needs of the British Army and Royal Navy. It holds a number of Royal Warrants and has dressed some of the most important figures in English history, including Sir Winston Churchill and Lord Nelson at the Battle of Trafalgar in 1805.

Savile Row tailors have been through a difficult period following a decline in demand for men’s formal and workwear during the pandemic.

Frasers Group, where Mike Ashley is no longer director but remains as majority shareholder, has acquired a number of high street brands including Jack Wills in 2019 and Evans Cycles in 2018. In June this year, it acquired the intellectual property of online fast fashion retailer Missguided for around £20m.

The financial specifics of the deal to acquire Gieves & Hawkins are not known; however, it is not thought to be significant given Frasers’ size.

Betting brand Coral is launching a Racing Club, designed to give its customers the experience of owning a racehorse.

The Racing Club will be free to join, and will give members access to exclusive behind-the-scenes content, as well as the chance to win tickets to race meets and stable visits.

The initiative represents a multi-million pound investment by the betting brand and is supported by a media campaign. This is led by a 60-second film ‘The Journey’, created by creative agency Bartle Bogle Hegarty. It stars jockey and Coral Ambassador, Tom Scudamore and was shot at Jackdaws Castle and Stratford Racecourse. It is the biggest racehorse ownership campaign ever run in the UK.

The club will launch with four racehorses, with one each being trained by trainers Jonjo O’Neill, Joe Tizzard, Rebecca Menzies and Scott Dixon. O’Neill is currently sourcing a fifth racehorse to complete the line-up.

The betting brand is also launching a competition to name a four year gelding trained by Joe Tizzard to celebrate the launch of the club.

“In launching The Coral Racing Club is the only free-to-join racehorse ownership experience in the UK, and our ambition is to make it the biggest and best Racing Club in existence, getting thousands of our customers closer to the action than ever before, and in doing so helping to broaden the appeal of the sport for the benefit of everyone in racing,” says Coral PR director Simon Clare.

He adds: “There have been times in the past when bookmakers have been accused of prioritising other products like football ahead of Racing, and not promoting the sport enough. But by creating and launching the Coral Racing Club, on top of doubling our investment in racing sponsorship, Coral is now doing more than any betting operator has done before to grow the appeal of racing, and promote the sport.”

Get Microsoft Office Professional for an Unbeatable Price

Every Friday Is Black Friday, So Save Almost 30 Percent off This Handy Mini Flashlight