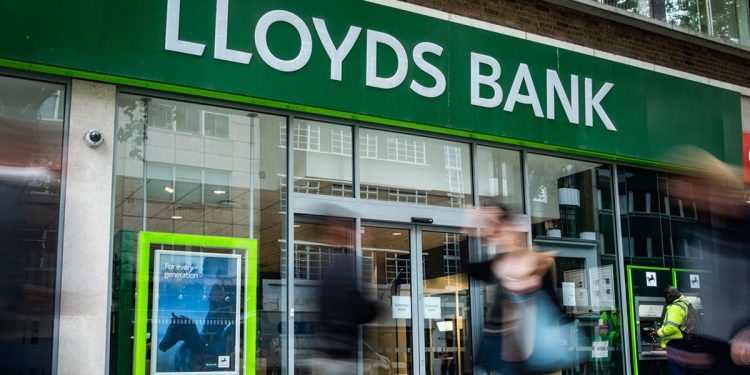 Kehoe replaces former chief product and marketing officer Sara Bennison, who left Nationwide in the beginning of July after six years in the role.

She leaves Lloyds next month, taking up her new role in early 2023. Existing members of her leadership team will take over day-to-day responsibilities at the bank for the time being, the company says.

Kehoe’s appointment fills the position left vacant at Nationwide when former chief product and marketing officer Sara Bennison stepped down at the beginning of July. Bennison had spent six years in the role.

As Lloyds’ chief customer officer, Kehoe oversaw a team of over 500 marketers across 13 brands, including Lloyds Bank, Bank of Scotland, and Scottish Widows. She joined the group in 2007 from Yell Ltd., where she had led a team of 100 marketers across Yellow Pages, yell.com and 118 118.

A spokesperson for Nationwide says the building society is “delighted” to welcome Kehoe to the business, adding: “Catherine has an impressive career in brand, marketing and communications spanning over 30 years and shares Nationwide’s purpose, values and commitment to doing the right thing for members and colleagues.”

When she joined Lloyds Banking Group, the business was heading into the 2008 financial crash and subsequent global recession. Lloyds’ reputation was hit hard, but over the following 10 years it transformed its business and marketing by centralising the marketing function and putting effectiveness at its heart.

Commenting on her departure from the business, a Lloyds Banking Group spokesperson says Kehoe was “exceptional” in leading the group’s brand strategy, “managing the breadth of the group’s portfolio with flair and dedication, keeping our customers at the heart of her approach and outlook”.

Her departure follows news announced in February that Lloyds plans to invest £4bn over the next five years in a new strategy to become a “UK customer-focused digital leader and integrated financial services provider, capitalising on new opportunities, at scale.”

At the time, Lloyds said it wanted to “deepen relationships” with existing customers by making its channels simpler to use and more personalised, after reporting a rise in pre-tax profits of 6% to £6.9bn for 2021.

Describing this as an “exciting new chapter”, the company believes the new strategy will set the group on a higher growth trajectory with “more diversified revenue streams”. The bank says its purpose – helping Britain prosper – is driving the business model and strategic choices.

The new strategy will also see Lloyds target a “mass affluent” audience, which the company classes as an attractive and currently under-served segment. The business has identified a “clear gap in the market” for a digital-first, integrated offering combining a full set of banking, insurance and investment products.

Digital Marketing For Beginners: How To Get Started Fast (With No Experience)