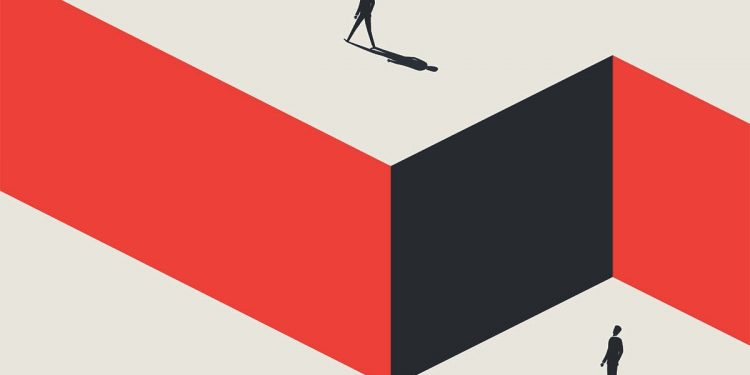 The UK has an average class pay gap of £6,718 or 13.05%, according to new statistics from the Social Mobility Foundation.

Today (14 November) marks Class Pay Gap Day, the point in the year when people from working-class backgrounds in higher professional managerial positions cease earning relative to their peers. Throughout the year it means they effectively work for free nearly one day in every seven.

“Every time you have the conversation, you’re struck by the waste of talent those numbers represent,” says Social Mobility Foundation CEO Sarah Atkinson.

“On a human, individual level the waste of those talented people, and then on an industry, social and economic level the waste of people who can make a contribution and are not being supported or recognised for that contribution. We never stop being angry about this, but we never let that anger get in the way of bringing the solutions, bringing the hope that this is not an insolvable problem.”

The analysis looked at pay data between 2014 and 2021 across 15 ‘elite’ occupations, excluding marketing, exploring the intersection between class, gender and race. The research reveals a “double disadvantage” for working class women, who are paid on average £9,450 less than male colleagues in the same role.

The study also found people of Bangladeshi and black Caribbean heritage are paid £10,432 and £8,770 less, respectively, than their white peers in the same jobs.

When it comes to regions in the UK, Northern Ireland has the largest class pay gap at £8,537, followed by London (£7,713). Working-class employees in Northern Ireland are almost three times worse off than those in Scotland (£2,848).

You may not have to wear a suit [in marketing], but we all know people dress right and don’t dress right, and there are all those unwritten codes.

The Social Mobility Foundation data tallies with Marketing Week’s 2022 Career and Salary Survey, which uncovered a socio-economic pay gap within marketing of 19.1%.

The issues within marketing are well known. Atkinson cites research from the Creative Industries Policy and Evidence Centre, which found just 27% of people in the creative industries come from a working-class background. A reliance on freelancers, offering unpaid internships and recruiting based on relevant work experience are just some of the issues, she notes.

While there may not be the same “official premium” placed on private education, Oxbridge education or Russell Group degrees in sectors like professional services or law, the data suggests people from these backgrounds are dominant within marketing. Building this kind of workforce sets an expectation and culture, Atkinson argues.

“You may not have to wear a suit, but we all know people dress right and don’t dress right, and there are all those unwritten codes. They’re the enemy of social mobility and opportunity. And yet, we know people from working-class backgrounds have as much creative talent, insight into audience, grit, hustle and problem solving as anyone else.”

Atkinson believes the issue is less well-defined by the marketing industry and therefore “less well-owned”, which leads to a lack of action.

Unless employers seize the opportunity to do better, the cost of living crisis – following two years living with Covid – is only set to make the socio-economic pay gap worse. As Atkinson points out, during every economic shock, inequality widens and social mobility suffers.

“We’re coming into this straight after the pandemic, which widened inequalities between people from lower socio-economic backgrounds and their more privileged peers. We’re coming off a widening inequality, so it is a concern,” she explains.

“This is the context in which businesses know that reducing investment in talent, skills and people is short-sighted. See this through the lens that this is part of investment in talent and the future pipeline. This is not a nice to do you can skim off in tough economic circumstances.”

The publication of the Social Mobility Foundation’s statistics comes two weeks after the release of ‘Stay Down’, a campaign designed to highlight the insidious nature of classism in the workplace.

Developed the Social Mobility Foundation’s advocacy and campaigning arm The Department for Opportunities in collaboration with Creature London, the film is pitched as a horror story with real life ramifications. Released on Halloween, the 15-minute film shows hero Mickey dealing with constant subversive discrimination from an elitist boss and co-worker who effortlessly understands the rules of the corporate workplace.

Classism emerges as a sinister presence, holding Mickey down physically and mentally from succeeding, while apparently sparing others around him. The film cuts to reveal the message: ‘Some horrors aren’t fiction. Classism is still holding people down.’

The charity’s head of advocacy and campaigns, Rosalind Goates, explains the goal was to show why the workplace is as important as the classroom in improving social mobility. While there is compelling research exposing the scale of the problem, she explains content which connects on an emotional level often proves more powerful.

“We wanted to meet people where they were, using something creative and scary that would give you an insight into what it feels like,” Goates says.

“What we’re touching on in the film is the cultural cachet challenge. You can get in, but you can’t get on, because there’s all these soft barriers that prevent you progressing at the same rate. Last year we used the concept of ‘polish’, which is one of the underlying factors of why there’s a class pay gap. This year we looked at it from a different lens to really bring it to life.”

Goates believes the film has freed up conversations, breaking the silence around social mobility and normalising the conversation around classism in the workplace. Two large employers have already asked the charity if they can screen the film to demonstrate to staff the scale of the problem.

The Stay Down trailer is being shown in cinemas nationwide, supported by posters and digital out-of-home, having already appeared in the Halloween edition of the Guardian on Sunday.

The channel mix was chosen to raise awareness to the widest possible audience, while also driving engagement on social. There are “harder metrics” around getting employers to contribute to the foundation’s annual index of the UK’s top 75 employers for social mobility, which in 2021 was topped by legal firm Browne Jacobson.

“We’ve got this dual approach of creative execution to almost get out of the social mobility echo chamber and reach new audiences in a creative way, and particularly the creative industries,” Goates explains.

“We thought, if we use something creative we will attract them in for a conversation that they don’t really see as part of them and then there’s the harder news, business story for Class Pay Gap Day which will generate more traditional PR coverage.”

Last year’s ‘Class Polish’ campaign featured comedian Fern Brady posing as a 1950s broadcaster selling tins of polish that could help increase your wage by “thousands of pounds a year”. The 2021 campaign tapped into the same concept of using creativity to reach a new audience and telling the story in a different way.

7 things you can do now to democratise marketing

“What we learnt was, the creative execution of Class Polish almost slightly overshadowed the fact there is a Class Pay Gap Day that we want to every year get on the news agenda, which is why we took the decision to split them,” Goates explains.

“You have this creative moment that speaks to a new audience and reaches organisations that we otherwise couldn’t reach, and then have a hard news story where we produce some research and get that out into the world.”

The success of Class Polish also taught the team being brave pays off, adds Atkinson. She explains it would have been easy to campaign in a “safe, small way” and not make much difference, but the charity has the ambition to do more.

“We’ve got a big problem we want to solve, we’re more impatient than that. From a marketing perspective, being brave and ambitious was the right thing to do,” says Atkinson.

“Last year I asked the team to make sure that whatever we did was of a quality we could be proud of and was resonant with people from lower socio-economic backgrounds, who saw themselves treated respectfully and they repaid that 100%. That is what drove us this year, but also to be much bolder still. It really paid off.”

The ultimate goal behind the Stay Down campaign and release of the pay gap figures is for employers to measure, report and commit to closing their class pay gap.

Atkinson wants brands to commit to participate in the Social Mobility Employer Index and recognise socio-economic background as part of their diversity and inclusion strategy.

There does, however, exist a level of discomfort on both the side of the employer and employee in collecting this data. People have told Atkinson they don’t want to tell their employer they were eligible for free school meals, for example, as they don’t know what the company will do with the information or they fail to see how sharing will benefit them.

You can get in, but you can’t get on, because there’s all these soft barriers that prevent you progressing at the same rate.

“You have to have trust that something positive will come of it. On the employer’s side, you have to have a plan to be comfortable with that,” she states.

“If your information shows – as it does in every industry, sector and business – that there’s a socio-economic pay gap and people from lower socio-economic backgrounds progress less quickly, not because their performance isn’t up to scratch, but because of other factors, you have to be ready to acknowledge that.”

Change is possible Goates insists, pointing to the work underway at legal and professional services firms like PwC, KPMG and Clifford Chance to measure and publicly report their class pay gap. KPMG, for example, has committed to close its pay gap with specific targets.

Aside from the responsibility placed on employers, the Social Mobility Foundation is calling on the government to launch a consultation on creating a register for class pay gap reporting, which was the starting point for gender pay gap reporting.

Atkinson points to the impact environmental reporting has had on driving the ESG agenda within business, linking tackling the climate crisis to social value. She is convinced a reporting register would make a big difference.

“It’s a tricky political environment, but we feel in the context of the cost of living crisis this becomes more important, not less important, because this is about building a stronger, more equal economy for the future and it’s also about saying to young people that it’s worth working hard and aspiring,” she adds.

“Young people who want to work in the marketing industry, have talent to bring, want to work hard. You want to say to them: ‘Yes, do bother.’”

Marketing Week’s Opening Up campaign is pushing for the democratisation of marketing careers. Read all the articles from the series so far here.

Get Microsoft Office Professional for an Unbeatable Price