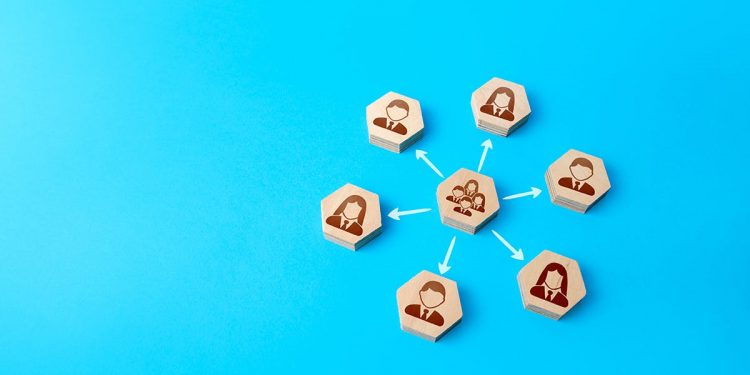 Embarking on yet another year of uncertainty, brands are looking for ways to not only weather the macroeconomic storm, but come out fighting on the other side. One way to achieve this is rethinking the way their teams are structured.

Some 41.1% of the more than 3,000 marketers responding to Marketing Week’s exclusive 2023 Career and Salary Survey have seen new team structures be introduced into the marketing department over the past 12 months.

While this figure is down on the 56.5% of marketers responding to last year’s survey who had witnessed restructures, the number suggests many brands are still working out how best to position their teams for growth.

A further 12.1% of marketers have moved to squad-based or agile working practices.

When asked how these restructures are playing out, 30.2% reported seeing new roles, specialisms and teams added. For 15.8% of marketers, the changes to team structures involved merging teams and functions, while 14% described the process as a general restructure.

Interestingly, 9.5% of the sample had seen marketing teams split up into specialisms.

When asked which specialisms they had seen being added, communications, creative and content emerged as the most popular additions (26.3%), followed by digital (24.8%), analytics (20.2%), general business development (17.6%) and social media marketing (10.7%).

Amid the turmoil of team restructures and the push for specialist skills, the survey reveals some positive news for marketers. Close to half (46%) of the sample received a salary increase in 2022, while 16.3% were promoted. A smaller number (10.9%) had an expected promotion delayed or made unlikely.

The survey also reveals the continued adoption of hybrid working almost three years on from the onset of Covid. Most marketers (56.2%) work for a brand taking a hybrid approach, mixing days at home with days in the office.

However, more than a fifth (26.4%) of the sample are employed by a company which has gone fully flexible, allowing employees to choose working patterns that best fit them.

Some 11.1% are back in the office five days a week, while just 4% work for a company which has closed its offices and switched to working completely remotely.

Drilling into the sample characteristics, more than half of respondents identify as female (60.1%) and the majority work in full-time roles (87.1%). On a gender split, female marketers (6.5%) are more than twice as likely to be in part-time work than their male peers (2.8%).

The data again suggests limited progress has been made to address marketing’s persistent lack of diversity, as highlighted in the 2022, 2021 and 2020 editions of the Career and Salary Survey.

Half of marketers responding to the 2023 Career and Salary Survey work in London and the South East (50.9%), followed some way behind by 10.6% who work in the Midlands and 8.6% employed in both the North West and South West. The figures show only 0.7% of marketers work in the West of England, 1% in Northern Ireland and 1.6% in Wales.

The clear skew towards marketing roles being located in London and the South East has a bearing from a racial and socio-economic diversity perspective.

According to the 2021 Census, London is the most ethnically diverse region of England, registering an 8.1 percentage point decrease in people who identified as ‘White: English, Welsh, Scottish, Northern Irish or British’ compared to the previous edition.

While on average in England 10.4% of total households are multiple-ethnic group households, according to the 2021 Census, this figure rises to 22.3% in London.

Given the wider diversity of London and the high proportion of marketing jobs located in the capital, the Career and Salary Survey statistics reveal the industry is still failing to attract and retain talent from diverse backgrounds.

The need to diversify the marketing talent pool also extends to socio-economic and age diversity. While 22.1% of the sample identify as coming from a working class or skilled working class background, 67.4% of marketers come from either a lower middle, middle or upper middle class background.

Furthermore, the data reveals a persistent skew within the industry towards youth. Almost half of the sample (47.3%) are aged 26 to 35, while more than a fifth (27.3%) are aged between 36- and 45-years-old. This means the majority (74.6%) of marketers responding to the Career and Salary Survey are aged between 26 and 45.

The sample characteristics also suggest a firm bias towards university education. Some 49.4% of the sample have a bachelor’s or honours degree, while 14.4% have a post-graduate diploma and 22.1% hold a master’s degree. This compares to just 1.5% of the sample for whom an apprenticeship is their highest level of qualification.

To get a better sense of the issues emerging over the past year, Marketing Week is publishing a series of in-depth features exploring issues ranging from the appetite for team restructures, intentions to hire, the length of tenure and marketing’s rising influence within business.

Click here to read a digest of the first wave of statistics from Marketing Week’s exclusive 2023 Career and Salary Survey and here for an exploration of how brands are supporting marketers amid the cost of living crisis.

Safeguard Your Data with This Cloud Storage Solution That Offers 1TB for Just $139.99

Why 2023 is The Year for Small Agencies to Thrive?

Harness the Power of Influencer Marketing for Your Retail Business

SEO Marketing : How To Market Your Business On The Web Using SEO