Peloton to reinvest in awareness after significant cost cutting 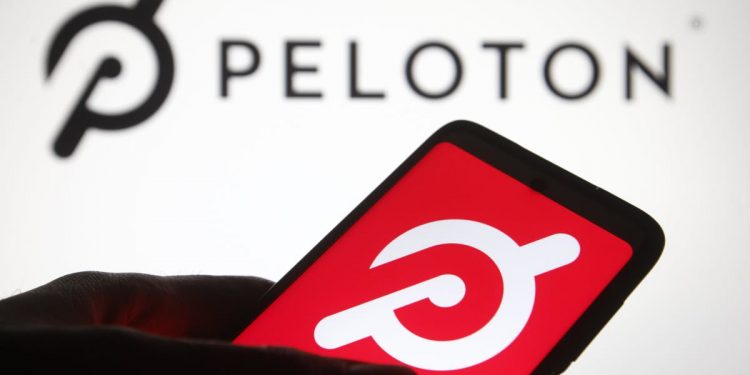 Peloton cut sales and marketing spend by more than $70m (£59.3m) in its fourth quarter this year, as part of a significant cost cutting exercise to “right size” the embattled fitness company.

In comparison, Peloton was the UK’s top spender on digital display advertising in 2021, according to data from Nielsen Ad Intel.

In February, the business announced it was cutting 2,800 jobs globally, including 20% of corporate roles, as well as slashing marketing spend as it looked to forge a “clear path to consistent profitability”.

The important thing to recognise is that the path to success involves having more swings at the plate.

In a letter to shareholders today (25 August), McCarthy said the company has made “significant progress driving our comeback and Peloton’s long-term resilience”. In the six months leading up to Q4, the firm averaged negative free cash flow of approximately $650m (£520.4m) per quarter. This has been reduced to $412m (£348.7m).

However, speaking on a call with investors, McCarthy said: “It’s not enough to just cut expenses. We have to grow revenue.”

The business therefore sees opportunity to invest in growing awareness of its products. The health of the overall brand remains “exquisitely good”, McCarthy claimed, with “extraordinary” net promoter scores. However, awareness of some of its products, especially newer innovations designed to open up new audience segments, are low.

While Peloton’s flagship bike has 53% unaided awareness, for example, it’s treadmill has only 21%. Unaided awareness for the digital app, launched in 2018, is just 4%.

“If you are what your track record says, we are a US-based bike company. 96% of our hardware platforms that are in people’s homes today are bikes. But there’s so much more opportunity for us to drive growth,” McCarthy said.

“Not just with Bike+, but with the Tread, the Rower, the Guide, and especially the digital app, coupled with the Good, Better, Best strategy that opened up segments for us that we haven’t historically targeted. The opportunity for us now is to invest in growing awareness… There’s a tremendous upside to be had.”

Now that the company has made progress in fixing its cash flow and other operational challenges, it is going to “tackle head on this challenge related to marketing and growth”, he added.

Meanwhile, Peloton is targeting a broader customer base with its new fitness-as-a-service positioning. Announced in April, the shift in gears led to Peloton cutting the upfront cost of its hardware by up to $500, but increasing the price of its monthly content subscription.

McCarthy indicated this new positioning would continue to receive a boost from marketing, as the business looks to target not only the premium segment of the market, but also the value segment. Having previously “shied away” from encouraging users to buy a content subscription without the hardware, the business is now embracing the opportunity.

“The more content you have, the more important it becomes that you be great at building that personalised user interface. So it is currently a focus for us and we will be relentless about it and I would say we are still in very early stages,” he said.

Elsewhere, Peloton yesterday announced it would begin to sell its exercise bike and fitness accessories on Amazon in the US, in its first foray outside its core direct-to-consumer business.

Amazon customers are now able to buy Peloton’s original ‘Bike’ for $1,445 (£1,225), as well as its $295 (£250) strength product Peloton Guide. The brand’s premium ‘Bike+’ and ‘Tread’ treadmill are not available on the platform.
Peloton has snatched victory from the jaws of death – again

Chief commercial officer Kevin Cornils told CNBC that Amazon searches for Peloton products already reach around 500,000 each month, adding the brand is looking to “better” understand the post-Covid retail environment and ensure it is “calibrated appropriately”.

“We want to make it as easy as possible to get a Peloton,” he said. Shares soared 18.4% in afternoon trading following the news.

Today, McCarthy said the business has made “substantial progress” addressing its infrastructure-related headwinds, but “now it’s time to get back to the business of expanding the franchise”.

“The important thing to recognise is that the path to success involves having more swings at the plate. And so you’ve seen us deploy a number of initiatives to accomplish that objective,” he said.

“We’re going to connect with a ball. It’s just a matter of time and I know from my Netflix experience and my Spotify experience, I can’t tell you exactly which one of those initiatives is going to get us where we want to go, but I am confident of the cumulative effect.”