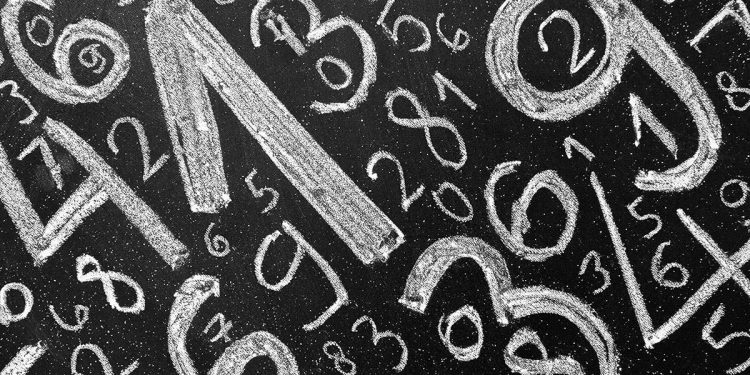 Half of UK adults (49%), which rise to 63% of consumers aged 18 to 34, say they respect brands more for speaking out about issues around the World Cup in Qatar.

A survey of 2,000 consumers by the IPA finds men of all ages (52%) are slightly more likely to agree brands should take a stand than women (47%).

According to the data, staging the tournament at the height of the cost of living crisis has consumers split. While 34% say the World Cup will provide a much-needed distraction from the challenges of 2022, a further 34% do not agree. Men are more likely (40%) to see the tournament as a break from the stresses of the year than women (29%).

Almost half (47%) of 18- to 34-year-olds say they will prioritise watching the Qatar World Cup over other seasonal TV shows such as the BBC’s Strictly Come Dancing and ITV’s I’m a Celebrity…Get Me Out of Here.

Over a third of the same group (39%) say they are more excited about the World Cup following the Lionesses’ Euros triumph this summer. Interestingly, this figure is significantly higher among men (42%) than women (18%). 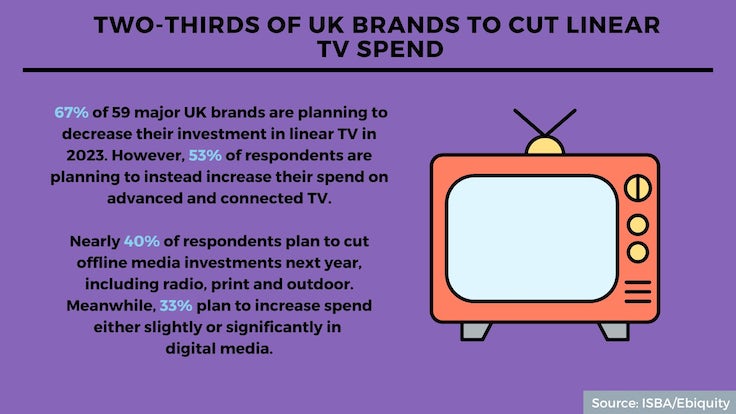 Linear TV budgets are expected to be the worst hit as the macroeconomic environment puts pressure on media spend, with 67% of 59 major UK brands planning to decrease their investment in the channel in 2023.

However, according to the study by ISBA and Ebiquity, over half (53%) of respondents are planning to instead increase their spend on advanced and connected TV, going some way to offset any hit to TV revenues.

Overall, nearly 40% of respondents plan to cut offline media investments next year, including radio, print and outdoor. Meanwhile, 33% plan to increase spend either slightly or significantly in digital media.

The survey suggests a trend towards short-termism as budgets come under scrutiny. Three-quarters of respondents in the sample (69%) agree strongly or agree that 2023 budgets are under heavy scrutiny, with marketers required to justify investment.

However, some 31% of respondents say they will aim to boost branding next year, compared to 22% who plan to increase performance spend. 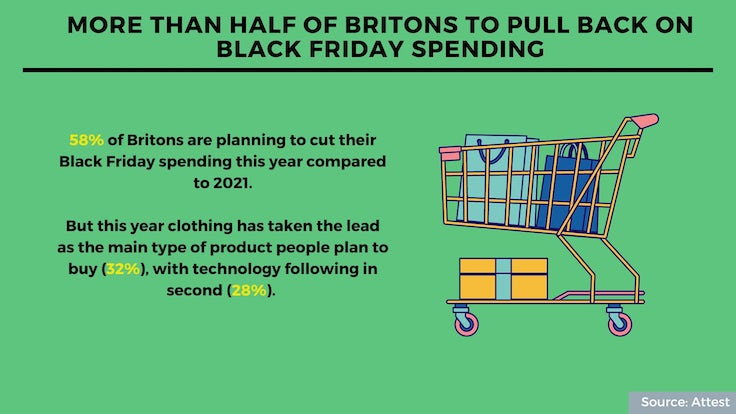 With the cost of living continuing to rise, 58% of Britons are planning to cut their Black Friday spending this year compared to 2021.

While most consumers (74%) do plan to buy something in the annual sales, a survey of 1,000 working-age consumers by Attest reveals 20% are only anticipating spend of between £51 and £100, while 24% are unsure how much they will spend. In comparison, last year Brits on average spent between £100 and £200.

Reasons given by respondents for reducing spend this year include saving money in case they need it due to economic uncertainty (32%), prioritising their money to cover day-to-day expenses (29%), and paying for home energy bills (24%). Other reasons include making mortgage payments and concerns about job security, both at 4%.

What consumers buy this year may also differ to previous years. Past research from Attest has found technology products to have always been the most sought-after purchases on Black Friday, but this year clothing has taken the lead as the main type of product people plan to buy (32%), with technology following in second (28%). 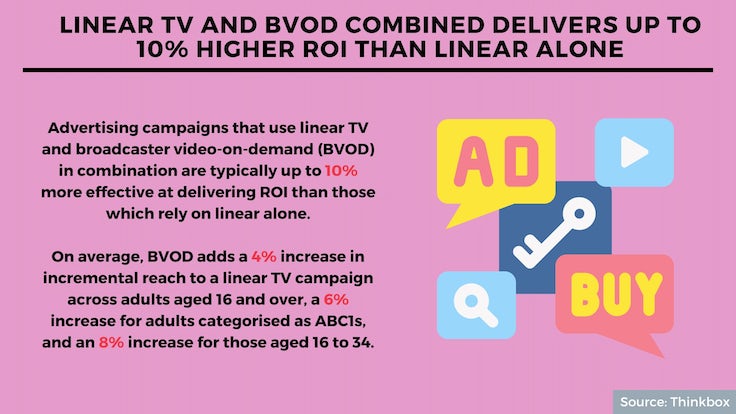 Advertising campaigns which use linear TV and broadcaster video-on-demand (BVOD) in combination are typically up to 10% more effective at delivering ROI than those which rely on linear alone, according to new research commissioned by Thinkbox.

On average, BVOD adds a 4% increase in incremental reach to a linear TV campaign across adults aged 16 and over, a 6% increase for adults categorised as ABC1s, and an 8% increase for those aged 16 to 34.

Undertaken by agencies Gain Theory and MediaCom, Wavemaker, Mindshare, Acacia Avenue and professional services firm PwC UK, the ‘BVOD Almighty: Reach and Return’ study also finds BVOD is the least risky of all video channels in the variability of returns. BVOD delivers 20% of variance compared with the median return, closely followed by linear TV with a variability of 24%. 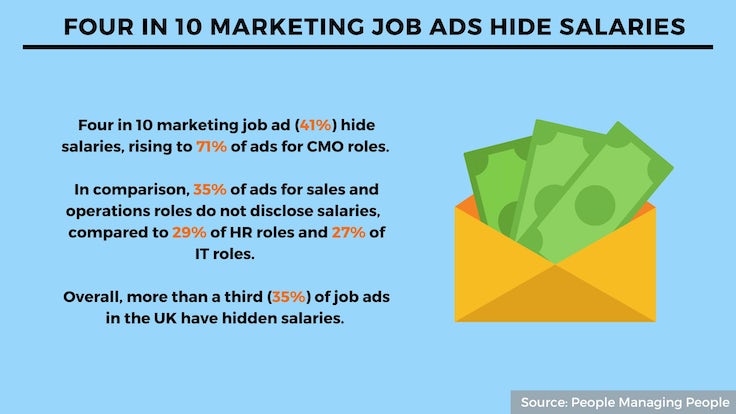 Job ads for marketing roles are the most likely to not disclose the salary on offer in the UK, hiding salaries at a higher rate than sales, operations, HR and IT positions.

In an analysis of more than 6,000 job listings, four in 10 marketing jobs (41%) hid their salaries, rising to 71% of ads for CMO roles. The listings instead use phrases like “competitive salary” or “depending on experience”.

In comparison, 35% of ads for sales and operations roles did not disclose salaries, 29% of HR roles and 27% of IT roles. Overall, more than a third (35%) of job ads in the UK have hidden salaries.

The highest rates of salary non-disclosure were in job ads for senior and C-suite positions. CMO roles saw the second highest rate, behind chief technology officers (81%) but ahead of sales directors (59%) and operations directors (58%).

How To Invite Your Employees Back To The Office