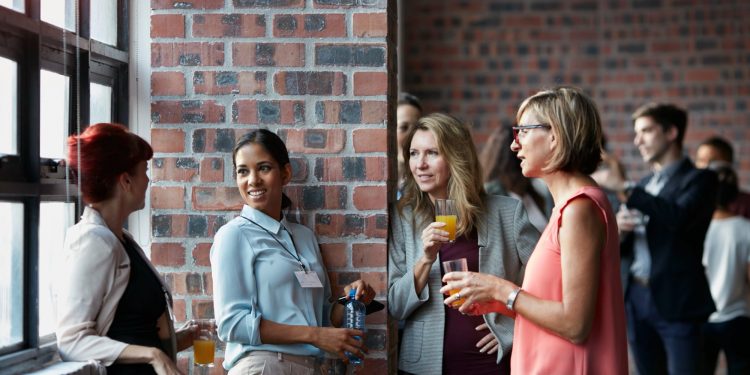 There’s no question that unconscious bias exists in the workplace. A study by Harvard showed that employers who think they don’t have any biases are actually more likely to have them! This is because our brains constantly try to make quick judgments and assessments about people and situations. Unfortunately, this can often lead to unfairness and discrimination in the workplace. This article will discuss five of the most common examples of unconscious bias and how you can solve them!

Affinity Bias: We all have a natural tendency to gravitate toward people similar to us in terms of race, ethnicity, gender, age and lifestyle. This unconscious bias can lead us to hire people who look like us and share similar backgrounds instead of the most qualified candidates.

How to address it: Human resource leaders need to ensure a robust and equitable hiring process for their hiring managers. Examples of a few core requirements include job descriptions based on competency matrices relevant to the actual role, the use of a hiring panel to mitigate and check individual biases and a quantitative evaluation process of each candidate during the hiring process. When hiring for a new role, take a step back and evaluate your candidate pool. Ensure you consider a diverse group of qualified candidates and give everyone a fair chance.

The Halo Effect: The halo effect is when we make assumptions about someone based on one positive trait. For example, if we think someone is intelligent, we’re more likely to believe they are competent and successful.

How to address it: If you’re trying to get acquainted with someone, steer clear of assuming things about their other qualities. First and foremost, understand them as a person and make an effort to see the whole picture of who they are before making any judgments. Whether they are colleagues or someone who reports to you, asking good and open-ended questions about what they see as their strengths and areas for growth can make for a great conversation. Modeling this kind of openness about your strengths or growth areas can also provide opportunities for helpful feedback.

The Horns Effect: The horns effect is the opposite of the halo effect—it’s when we make assumptions about someone based on one negative trait. For example, if we think someone is lazy, we’re more likely also to believe they are unproductive and unreliable.

How to address it: The same as the halo effect, avoid judging someone else’s other characteristics while getting to know them. Start by learning more about them as a person before comparing them to your preconceptions. The horn and halo effects will likely augment the impact of the other biases listed here. Suppose someone “glows” similarly to you, perhaps based on an essential aspect of identity that you hold in common. In that case, it’s likely that affinity, attribution and confirmation biases will just be ratcheted up by their particular characteristic.

The Fundamental Attribution Error: The fundamental attribution error is when we attribute someone’s behavior to their personal character traits instead of outside factors. For example, if we see someone make a mistake at work, we might think it’s because they’re incompetent when in reality, it could be due to several things beyond their control.

How to address it: When you notice yourself making assumptions about someone’s behavior, stop and consider what other factors might be at play. Is something going on in their personal life that could affect their performance? Are they working with outdated equipment? Understanding the root cause of someone’s behavior can help you avoid making unfair judgments. And here’s a novel idea — ask them! Suppose you’ve established a trusting working relationship, and you feel that they’re not delivering in the ways they have previously. In that case, you can call attention to that inconsistency and see if something else is contributing.

Confirmation Bias: Confirmation bias is when we pay more attention to information that confirms our existing beliefs and ignores information that contradicts them. For example, if we believe all men are better at math than women, we’re more likely to notice and remember examples that support this belief while dismissing or forgetting counterexamples.

How to address it: When you start forming an opinion about someone, stop and consider what evidence you have to support it. Have you been paying attention to information that confirms your beliefs, or have you ignored information that contradicts them? Trying to be more objective and open-minded can help you avoid confirmation bias. You might also consider having a confirmation bias buddy, someone you can report your experience of bias to so that they can help you reframe the bias you might be experiencing. This is one crucial role that allies can play for others from groups in the workplace with the most power and privilege.

Unconscious bias can have a significant impact on the workplace. By being aware of the ways it can manifest, we can work to ensure that everyone is given a fair chance and that unconscious bias doesn’t play a role in our decisions. What are some ways you’ve seen unconscious bias manifest in your workplace? Share your experiences in the comments below.

Related: How Survivorship Bias Distorts Our View of Successful Entrepreneurs

Tips to Grow Your Business