How Brands Can Turn Rewards Programs Into Long-Term Loyalty 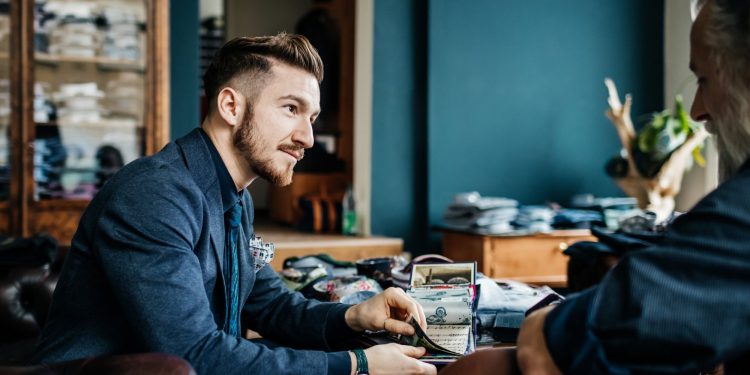 There are about 4 billion loyalty program memberships in the U.S., and they’re all fueled by some type of reward. Yes, even Starbucks’ recently-announced metaverse loyalty program is expected to deal in NFTs (a fancy way of saying a digital asset as a reward).

Entrepreneurs, take note: There will be significant changes over the next decade in the expectations consumers have for brands and banks. Between stocks, NFTs and advancements in blockchain and crypto, “loyalty” is a category that will undergo significant advancement to keep an enticed consumer. What’s driving this change, and what will move the needle for the consumer while bringing a solid return on investment to the brand?

A reward alone doesn’t necessarily create loyalty. In fact, a reward often brings a customer in for just one more transaction at a time. Brands are learning that there is a difference between loyalty and rewards: one creates lasting, long-term company success rooted in a relationship with aligned incentives, and the other merely extends a brand’s lifeline to the next quarter’s earnings.

Loyalty means an attachment to the institution one spends with. It means awareness of the decision being made to shop at one brand or another. It’s going out of the way to arrive at the store, gas station or restaurant the customer cares most about. When a customer is merely incentivized to return one more time via a disposable reward, this generally doesn’t speak to loyalty as much as it does to the “deal” they will get by doing so at that moment.

My team talks with brands every day about rewards currencies and the merits or drawbacks associated with the most common incentives. There are so many different kinds of programs; these include points, cash back, rebates and miles. Brands have spent the last two decades building different combinations of the same rewards currency — many of them to great success by tying their rewards to brand values and their most popular and beloved products. So how does a brand ensure rewards turn into loyalty, rather than just a second transaction?

Related: 3 Secret Reasons Why Your Brand Needs a Rewards Program

Keep it simple, keep it connected

Consumers have been burnt by complexity — frustration in managing multiple loyalty platforms with various web-based logins has led to a wave of brands building and launching their own self-contained loyalty programs. Recent additions to this “self-contained loyalty” approach include the McDonald’s MyMcDonald’s Rewards or Taco Bell’s mobile app. These brands realized that asking customers to do the work of tracking, managing, and redeeming their rewards could be more of a burden than a relationship-building experience. So, they threaded ordering, rewards and other user engagement all into the same space.

The beauty of this approach? Rewards don’t disappear. They are reimagined in ways that spark creativity, engagement and camaraderie with the customer. They become personalized and presented with choices that the customer can make along the way.

The quickest way for a loyalty program to feel out of touch or antiquated is if it’s a disjointed experience — a program that assigns arbitrary points that deliver inconsistent rewards or a program that only rewards on a transaction, but doesn’t open the opportunity for additional customer behaviors and engagement. Instead of focusing on that reward, a bond must be built between the customer and the brand.

Related: Why Small Businesses Should Be Utilizing Customer-Loyalty Programs

How we can evolve rewards programs

Classic rewards currencies incentivize transactions. They create fleeting, one-off moments that don’t serve the connection to the customer. In some cases, they can even tarnish the brand. Those are the rewards we want to move modern loyalty away from.

Let’s use coupons as an example: The customer may come into the store to use a coupon they earned for a recent purchase. That coupon (while serving the transactional purpose) sets the expectation that what is being sold has a lower value than it’s listed for, and it tells the customer to make their choice based on the price tag alone. The traditional rewards equation prioritizes low cost over quality, convenience and value alignment — the transaction over the relationship.

That’s not to say that coupons (or miles, points or a free frozen yogurt at the end of a 10-visit punch card) don’t have their place in a loyalty program. They simply need to be connected to more than a transaction. What other ways can customers earn those rewards? Is there an option to redeem vs build for a larger reward? Does the reward currency provide tangible value? Maybe that coupon is offered because a customer has exhibited loyalty and earned the coupon through loyalty, rather than as a way to achieve such loyalty.

Related: How Loyalty Programs Are Emerging as Effective Marketing Tools

Brands don’t need to build and launch full-scale interactive apps to connect with their customers (it doesn’t hurt, of course, but it all comes down to intention). In many cases, they can reassess or add reward currency options that can grow with their customer relationship. There are so many more ways that brands can reward their customers than when the loyalty and incentives space was created. They can give ownership of digital assets via NFTs, unlock access to exclusive events or offerings and can even give shares of stock as a reward.

Using the example I know best, let’s look at how some of these new reward mechanisms change the customer experience. When a brand rewards its customers in stock rewards, also known as ownership, they can:

With standard points programs, customers usually need to rack up a significant number of points, miles or whatever the chosen type of currency is to start seeing any benefits. But the opportunity to reward in stock or ETFs, even in small amounts can create immediate gratification — which then can serve as an entry point to other aspects of a loyalty program. Stock-related rewards can potentially grow over time, along with the consumer’s confidence, loyalty and brand love.

Most importantly, this is a program that speaks to long-term vitality for a brand and consumer. According to user surveys through our company, Bumped, 65% of users have told friends about a company they own after becoming a shareholder. The customer now has a new thread of relationships that coupons can’t create. A total of 31% of users who become shareholders are willing to pay more for a product from a brand they own, versus expecting to pay less the next time they’re in the store. Most importantly, the consumer may even feel awkward shopping with a competitor once becoming an owner — now that’s loyalty.

Let’s work to build a world of incentivized, aligned and motivated consumers, one where everybody wins and is a part of what they care most about. That is the future of alignment that extends beyond a single transaction, whether in the form of crypto, NFT, points or stock.

Press Releases May Seem Old-School, But They Work. Here’s How to Use Them.