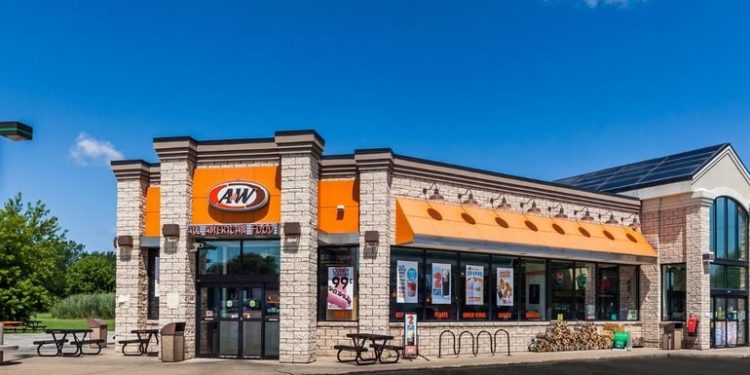 A&W is poking fun at the media uproar over M&M’s by slapping a pair of jeans on Rooty, a cartoon bear mascot used in its marketing since 1963. Both brands’ social media statements are formatted similarly and begin with the same solemn address — “America, let’s talk” — before digging into the ostensible “polarizing” discussion surrounding their characters.

A message from A&W. pic.twitter.com/WGdF12TSyg

In M&M’s case, the divisiveness is real. A rebrand of its spokescandies introduced last year has tried to modernize the anthropomorphic chocolates to recognize diversity and inclusion and issues like mental health. Familiar faces were redesigned to be more grounded, while a new Purple variant was added to the lineup in September. Backlash has been swift in certain corners, with prominent right-wing figures decrying the strategy as “woke.”

Earlier this week, M&M’s said the spokescandies would be taking a step back from the spotlight, with actress Maya Rudolph becoming the face of the brand in the interim. The timing of the announcement suggests this could all be a stunt for the Super Bowl, where M&M’s is confirmed to be running a commercial.

Regardless, M&M’s has again set off a deluge of discourse. A&W demonstrates how brands can latch onto otherwise thorny social media discussions to boost their own profile with little effort, though in this instance, the company has risked people taking the joke seriously. In response to a Twitter user asking if the move to put pants on Rooty was real, A&W’s official account responded with a gif blaring, “NO,” in bright red letters.

“Goodbye …. Go with a company with guts that doesn’t cave in to foolishness,” another user posted, with an attached image of rival Mug Root Beer.

This kind of attempt at satire also points to the enduring appeal of Twitter for some brands. While many of the platform’s top advertisers have jumped ship since Elon Musk took over in November, others have remained to stay tapped into culture and post memes with viral potential.

NatWest CMO: Marketers have reason to be optimistic in 2023

What TikTok’s shifting US presence means for social media

How technology changes the way beauty brands interact with consumers