Broadband and Fiber are the Future, So What? 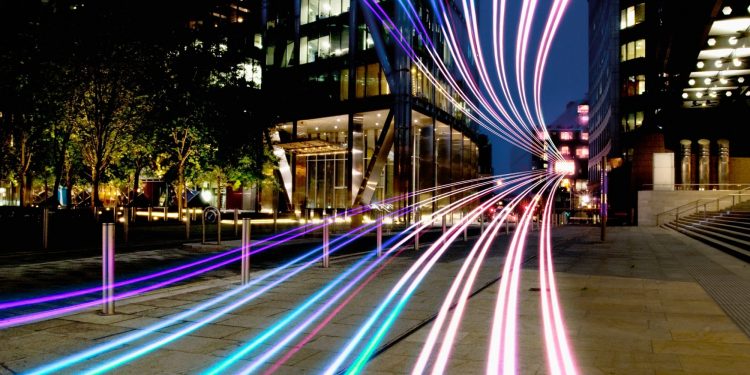 I was back home at my mom’s house recently as it was being passed with fiber. Being my mother, she knew the benefits to expect and was excited about the buildout. But, at 84, when she tried to pass on the good news to her friends and neighbors, they didn’t get it. “Why would we want such a service to begin with,” they’d ask, “much less have it tear up our front lawns?”

We don’t know what we don’t know when it comes to taking advantage of this new era of broadband technology, but by attempting to learn more, we can act in ways that benefit from its growth. We have the money to build broadband and make it affordable. Now, everyone can play a part in shaping this new post-broadband economy by informing ourselves and others about the best ways to grow and design it.

Related: Fiber-Fed Broadband Will Heal the Digital Divide. Here’s What You Need to Know.

People need to understand why universal broadband access is essential and what they can do to take advantage of its growth. An estimated 93% of Americans today use the internet, and roughly three-quarters of American adults have broadband service in their homes. Marginalized groups and those with lower education and income levels are more likely to be in the one-quarter without it. People in these unserved or underserved communities may not understand the extent of what broadband can do or what they miss without it. They may not see how they stand to benefit from the emerging markets and job opportunities or why they should care about buildouts.

Part of the process of adapting to broadband and its benefits is communicating its message. When Google first came to Kansas City with gigabit service, they didn’t talk about the speed; they showed it. They had a demonstration center available for residents to see how quickly the computer screen refreshed and how fast it could download a movie; they witnessed its processing power to solve an equation. The “So what?” element was visible, making Kansas City residents care about Google Fiber.

As the states prepare to spend $65 billion in Federal funds on broadband buildouts and affordability, more people will have access to the information needed to benefit from that money, broadband services or the emerging broadband economy. Each state is enabled to make more of its own decisions, bringing opportunities closer for individuals who want to reach out to them and take on a more active role. As more willing broadband advocates connect with that money, we can take on the massive task of translating those funds into that sustainable impact.

Everyone should want to get involved in designing the next technological revolution, but they need to motivate themselves to act. Contact your state’s broadband office to find out what they’re already doing and find opportunities to do more. Learn about the available programs and funds and who can access them by doing what. Research what different internet speeds are and aren’t capable of supporting, and advocate for the best available broadband options in your community. Understand expert and government preferences for fiber infrastructure to enable the deployment of 5G and successor wireless technologies. Enable the buildouts and affordability that bring the most benefits and build a broadband network that supports communities for generations.

Prepare for a new beginning

At the turn of the 19th century, steam power during the industrial revolution allowed for greater automation of menial labor tasks. The average person’s jobs and opportunities improved, spurring a new era of innovation and development. Again in the early 20th century, the introduction of electricity created more automation and job specialization, and the telephone opened up communication worldwide. Then came the internet, which again changed history. The next level of what high-speed broadband will do for society is a future we can’t yet envision.

Upfront, it’s going to be messy. They will have to dig up our streets to bring fiber to all homes. They may catch your sprinkler line. It may take time, inconveniences and a lot of money to get there, but in the end, we’re going to end up living in a world as undefined as it was before electricity. Get out there and learn about it. Take the initiative to discover more and get involved in growing this new undesigned economy. Advocate for the best broadband offers for yourself and your community and set up a future of sustained benefits for generations to come.

How To Win Life-Long Clients

This Tech is Disrupting Real Estate. Don’t Miss Out