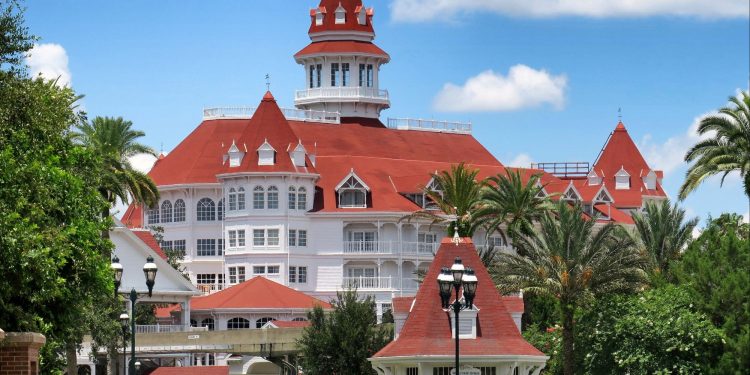 You might need to pack a fat wallet around if you’re going for dinner at Victoria & Albert’s at Disney World in Florida.

After re-opening post-pandemic in July, the restaurant’s cheapest option went from $185 to $295 for a tasting menu. It is also one of the most expensive restaurants in Orlando — and is about the same price as high-flying Michelin restaurants.

Victoria & Albert’s at Disney’s Grand Floridian Resort & Spa opens July 28, but today we’ve got your first look at some new interior details. From delicate scroll work to shimmering chandeliers, take a look at the timeless opulence awaiting you. pic.twitter.com/vdLc0vDc6n

What’s going on with Victoria & Albert’s?

It reportedly serves items (they are not listed on the official website and change frequently) like “New Zealand Langoustine with Passion Fruit Nuoc Cham” and “Soft Poached Quail Egg with Galilee Caviar,” according to a Disney blog. Besides fancy food, you receive a menu with your name on it and can hear a harpsichord during dinner.

But all that luxury apparently comes at a price.

The restaurant’s three areas are The Dining Room, Queen Victoria’s room, and The Chef’s Table. Prices went up for all three rooms after the restaurant re-opened in July, according to Disney Food Blog.

None of this includes tips or taxes, according to the website.

How are people responding

Some people are questioning if it’s worth the cash, according to the New York Post.

Victoria & Albert’s has been on the AAA Five Diamond Award list every year since 2000. It has 4.8 stars on Google.

“Expensive, but worth it for a world-class dining experience,” one Google reviewer wrote. But others on Reddit, as the Post noted, were concerned about the pricing.

“We ate there back in the 90s for our honeymoon and paid about $100 each. It’s always been on my bucket list to go back again at some point, but not at $445,” one Reddit user said.

Another cited the zero-proof price. “What could you possibly get for $110 in mocktails?” they said.

TikTokers, as the Post noted, have been more complimentary of the stunning visuals of the dining experience at the restaurant. “I’m pretty sure I had a religious experience with some of these dishes,” one TikToker said.

Others complimented the attentiveness of the service and narrative elements of the food.

@touringplans This is the most expensive restaurant in Disney World, Victoria & Alberts at Grand Floridian. ✨ Join us for dinner on reopening night. #disneyworld #disney #disneyparks #disneydining ♬ Darling – Trees and Lucy

How others stack up

Disney World is home to plenty of fancy dining — one of its restaurants, Capa, received a Michelin star in 2022, per Disney Food Blog. Victoria & Albert’s is heralded as a top choice, but there’s also Narcoossee’s, according to a Disney fan magazine, which ranked it above Victoria & Albert’s in 2019.

But it’s not even the most expensive restaurant in the Disney stratosphere. 21 Royal at Disneyland in California costs $1,250 a person, according to Eater. A relatively fancy restaurant, Bice Ristorante at competing park Universal Studios, has entrees that go up to the $50s.

One Redditor pointed out you could eat at three Michelin-starred Alinea in Chicago for “the same price,” as some of the fares at Victoria & Albert’s. That is actually true — the cheapest option at Alinea is $295, per Insider. (But meals can go into the $800s.)

Disney did not respond to Entrepreneur’s request for comment.

Stop Apologizing For Being Your True Authentic Self

Have a Core Skill as your foundation