Mark Wahlberg Sleeps In Now, Wakes Up At 3:30 in the Morning 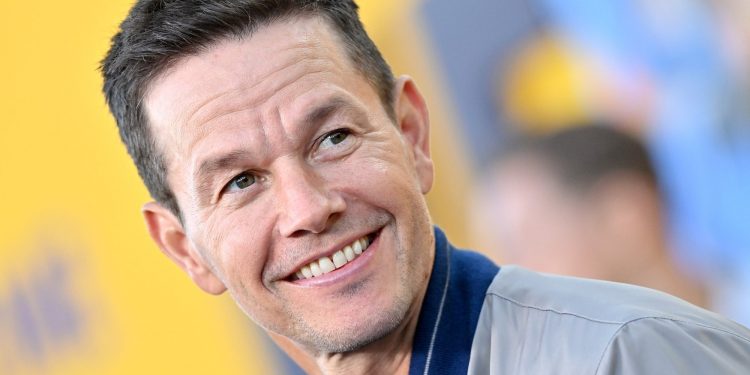 It’s not easy being a multi-hyphenate, multi-millionaire, but Mark Wahlberg makes it look easy with his various business ventures, like co-owning burger chain Wahlburgers and clothing line Municipal alongside his lucrative career as a household-name actor.

Back in 2018, the actor went viral for sharing his unorthodox daily routine, revealing that he wakes up at the ungodly (to most) hour of 2:30 a.m. just to get it all done. That, plus a strict and disciplined schedule including no caffeine in the morning and the first workout of the day completed by 4:00 a.m. had people wondering how it was possible. 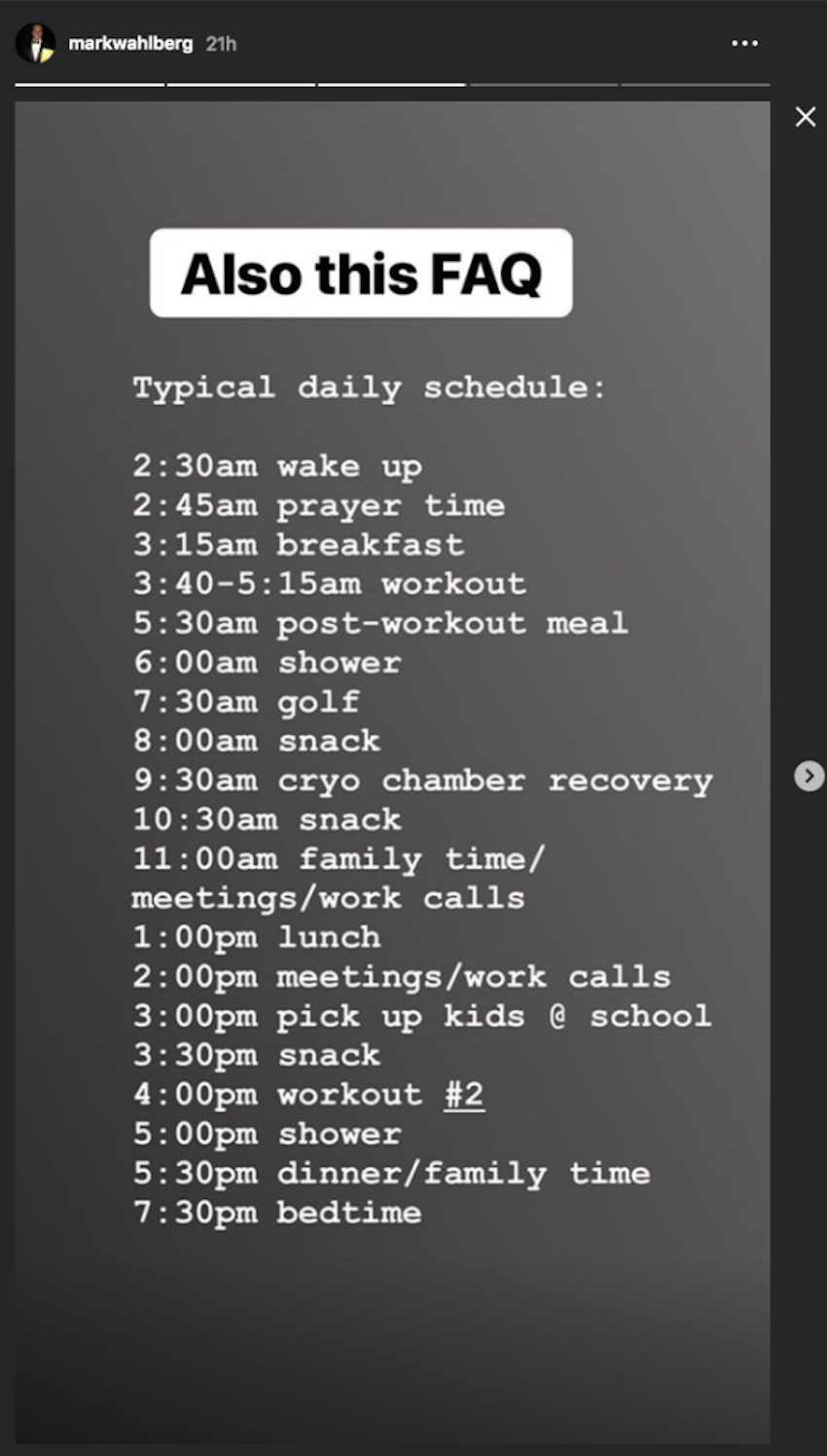 But it looks like even Marky Mark himself thought it was too much. Wahlberg recently spoke to the Wall Street Journal about an important update to his routine — he now allows himself to sleep in — to the cozy time of between 3:30 and 4 a.m.

Related: 22 Guaranteed Ways to Wake Up Early and Energized

“I always start with a little bit of prayer time. And then take my vitamins,” he told the outlet. “I used to eat breakfast. Now I’m all about intermittent fasting. I don’t eat; I just go work out.”

Intermittent fasting has also allowed the entrepreneur to start indulging in espresso, he said, which up until recently, was a no-go for him, as were other caffeine sources like coffee and tea.

Wahlberg breaks his fast hours later in the day, depending on his schedule, which usually lies between a six-hour window.

“The perfect window for me is between noon and 6 p.m. On a harder workout day, that might be a smaller window. It might be 12 or 14 hours,” he told WSJ. Those days I can eat more. But five days a week, I’m doing that 18-hour fast.”

Wahlberg told the outlet that he’s most productive and creative in the early hours of the morning, and being consistent with his routine is the one thing that helps him maintain optimal levels of productivity.

He hits the hay when most people are having or finishing up dinner, around 7:30 p.m. In his (limited) free time during the days, Wahlberg tries to find time to go down to the lake and swim to relax and practice self-care.

As for his best advice for those trying to find as much success as he has?

Wahlberg’s net worth is an estimated $400 million.