4 Leadership Lessons I Learned From a Mountain-Climbing Crisis 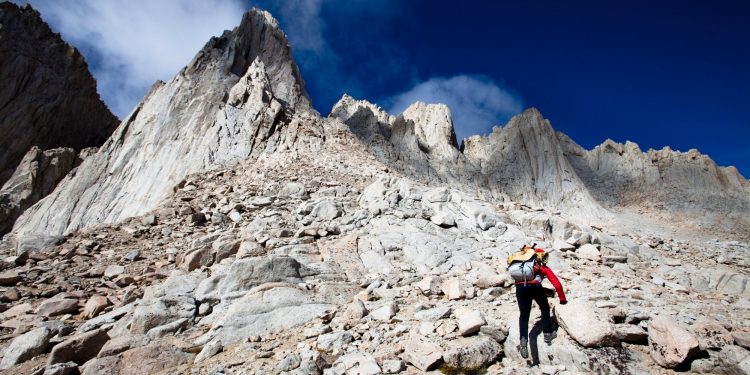 The ability to function when the going gets tough is incredibly relevant to today’s working world. Think about the situation we all find ourselves in now amid the Great Resignation and the “quiet quitting” trend. We need ways of hiring dynamic new team members (often remotely) and connecting deeply so that we can face these unprecedented challenges as a united front.

When I led a team of company leaders to the summit of California’s Mount Whitney, the highest mountain in the contiguous United States, I did not realize that the most difficult part would be the descent, until my team member Kelly became severely unwell with altitude sickness. She could barely walk, yet our team struggled its way to the relative safety of the mountain’s basin, where we managed to send satellite communication for help.

What I knew and passed down to my team was that they’d been silently, unknowingly readying themselves for this moment even before they embarked on their mountain-climbing preparations. The work environment, its stresses and leadership challenges had all prepared this group to use collaboration and teamwork to survive.

So, how did effective leadership and teamwork save this particular day on the mountain? And how can you take these lessons into your own office and use them to hire new team members who will go on to protect and support each other, no matter the scenario?

When my team recognized that we had a problem, we needed to assess our situation for risk. Kelly’s elevation sickness would surely improve if we continued down the mountain, but exerting herself further could weaken her.

I prepared the team for different eventualities by performing a thorough risk assessment and mitigation plan before the climb. However, my rigorous planning was tested by Mount Whitney’s unexpected elements, such as the unknown risks of the mountain’s terrain, the weather and the sparseness of cellphone coverage that left us vulnerable to becoming isolated.

We learned that it’s important for leaders to assess and identify the risks of a project to prepare to defend against them, but also to admit the presence of yet-unknown hazards.

2. Use regular check-ins to boost accountability

One main reason our team navigated disaster effectively was that we had programmed accountability into the climb by organizing a buddy system. Pairs of climbers were responsible for sticking together, which created feelings of both loyalty and motivation, as climbers did not want to let their buddies down.

The buddy system, however, had its failings once the climb started to turn problematic. Without knowing enough about altitude sickness, team members favored pulling through over stopping. Because both buddies wanted to reach the summit for each other, they pushed past physical limits they probably wouldn’t have otherwise.

In a team, whether climbing a mountain or executing a high-stakes project, keeping one another motivated while still respecting individual limits and boundaries is vital to the success and wellness of the whole.

Related: Balancing Empowerment and Accountability Is Vital in Team Management

We truly performed as a team when we realized how unwell Kelly had become. To help her negotiate the mountain’s switchbacks, colleagues Mark and Derrick sandwiched Kelly between them and progressed as a six-legged creature.

Willingness to step up and support a team member is a crucial part of effective collaboration. Before the climb, my colleagues hadn’t felt much camaraderie — they knew each other only as names in an email chain. But throughout the climb preparations, I encouraged bonding. From the van trip to Lone Pine to Saturday night sharing sessions about the formative experiences of their lives, I aimed to create a team rather than a collection of individuals.

When a team encounters a dangerous situation, there’s rarely a clear-cut solution given multiple variables at play and multiple ways to react.

Once I saw that Kelly needed help, I knew we had to descend from the summit and communicate for help. In doing so, I also needed to trust the team to share the responsibilities. Trusting a team in this way means leading with confidence. I knew that there were factors beyond my control and that mistakes and unforeseen errors had likely been made in our preparations, but confidence in my leadership and my team was crucial. Without confidence, the team may have doubted their ability to get Kelly to safety. Their anxiety would have disturbed their ability to think clearly and act.

Goal-setting and collaboration are important for leading with confidence, whether in reaching the summit of a mountain or presenting a proposal in a conference room. We learned that neither the team nor the leader was enough to succeed alone. These principles are just as important and useful in an office or business.

As a leader, I needed a collaborative team willing to share responsibilities and take up roles they may not have expected to step into. The team needed a leader to guide their decision-making with confidence. When we developed trust in one another’s capabilities, we were able to work together and accomplish the goals that such a great feat requires for ultimate success.

With the support of her team, Kelly got the help she needed, recovered quickly and is currently training for her next outdoor adventure — and our team has never been stronger.

My Favorite Type of Marketing