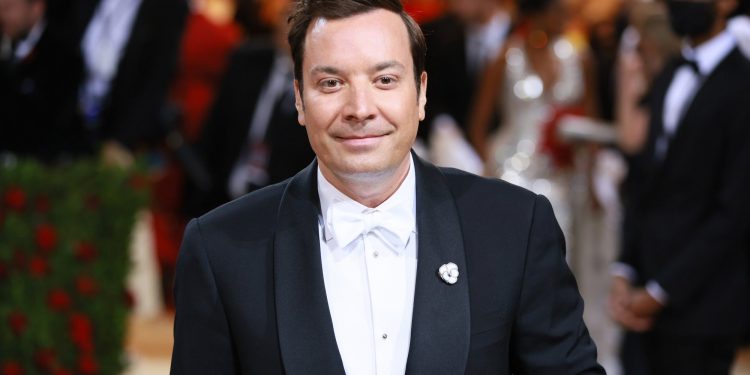 A hashtag’s worth a thousand words when it comes to what’s trending on Twitter, but sometimes you don’t want to believe every hashtag you read.

Just ask comedian Jimmy Fallon who fell victim to a hashtag Tuesday into Wednesday that inferred he was, well, no longer living.

The tag #RIPJimmyFallon started trending on Tuesday when thousands started using the hashtag in Tweets, some seeming to not grasp that the hashtag was fake while others fully embraced the joke.

“Mummy, why do only good people die?”
“Well sweetie, when you’re picking flowers from a garden. You always pick the best ones first”#RipJimmyFallon pic.twitter.com/yv8pKSAQtq

#RipJimmyFallon You will be missed pic.twitter.com/FBG3FmBVMG

The hashtag caught the attention of Fallon himself, an avid Twitter user who often creates a “hashtag of the week” to allow fans of his show to play along and have the chance to have their tweets end up during a segment on that week’s episode of The Late Show, who asked Musk to remove it.

Elon, can you fix this? #RIPJimmyFallon

Musk appeared to respond in a since-deleted Tweet after Fallon reached out to him, pretending to play dumb.

“Wait a second, how do we know you’re not an alien body snatcher pretending to be Jimmy!? Say something that only the real Jimmy would say …,” he teased the comedian, presumably poking fun at the hashtag or perhaps trying to engage in a Twitter war of wits with Fallon.

As of late afternoon on Wednesday, Fallon had yet to quip back.

Musk was taking heat on the platform Wednesday after a leaked memo Musk had reportedly sent to Twitter employees preparing them for a “hardcore” time ahead at the company before issuing an ultimatum for employees to agree to the challenges ahead or face termination at end of day Thursday and receive three months of severance.

The billionaire has not confirmed or denied the memo.

With inflation and recession fears looming over the holidays, are retailers still able to market joy?