Tampax Is Going Viral for Tweeting About Being in ‘Their DMs’ 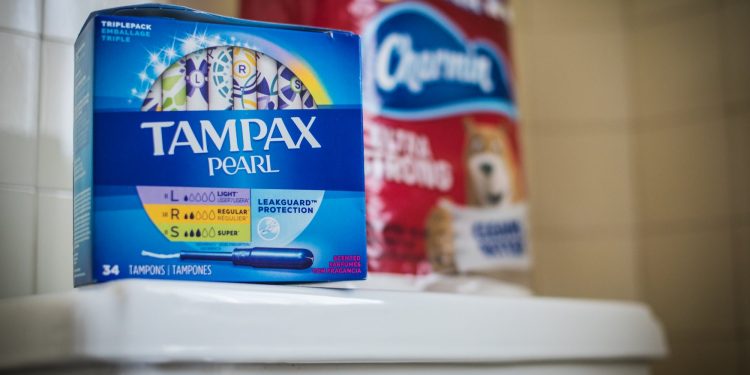 The chaos at Twitter has people (and brands) Tweeting their drafts — and some are getting cheekier than others.

The social team at Tampax, for example, had apparently been saving this one for a while.

You’re in their DMs. We’re in them.
We are not the same.

Riffing off the classic internet meme format of “You are in their direct messages,” which means to romantically approach someonem plus “I am…” the brand made use of its unique positionality to its customers.

Tampax also quote-tweeted it a few hours later and tied it to the emotional, apocalyptic jokes that have emerged on Twitter, on the news that last week some 1,200 engineers resigned from the company on Thursday.

“Refused to let twitter shut down before we shared this tweet,” the company wrote. Others have begun “mourning” the platform in Tweets.

Elon Musk finalized his purchase of Twitter in late October and laid off half of the staff in early November. His ever-changing ideas on how to distribute blue check marks caused Eli Lilly and Company’s stock to sink earlier this month after a Twitter account imitated them and Tweeted that insulin was now free. This, and other blunders, caused several advertisers to leave the platform.

Last week, Musk wrote a memo to employees saying they needed to be “extremely hardcore” and “working long hours at high intensity” to join “Twitter 2.0.” If they weren’t interested, they could be removed and receive three months’ severance.

Related: What Is ‘Decentralized Social Network’ Mastodon and Why Is Elon Musk Already Raging About It

Three anonymous sources told the New York Times the number of people who resigned could have been as many as 1,200 out of 3,700 remaining employees.

The platform is still online, however. And people took advantage of that to Tweet about Tampax’s joke.

So am I but with no strings attached

One person, for example, referenced the infamous leaked call transcript wherein now-King Charles III joked to his then-lover, Camilla Parker-Bowles, now Queen Consort of the United Kingdom, that he wanted to be close to her like a tampon.

Others were in on it:

By all means, Tampax, let it flow

There was also a bit of corporate humor. People have famously asked brands to stop trying to be funny on the platform, but it didn’t stop Tampax and Always from sharing period-related puns. (The brands have the same parent company, Procter & Gamble.)

how long have you been saving this one

“How long have you been saving this one,” Always wrote. “Since last period,” Tampax replied.

The company did not immediately respond to a request for comment on the circumstances that led to the Tweet.

Human Composting: Is an Intriguing and Popular New Alternative to Burial or Cremation