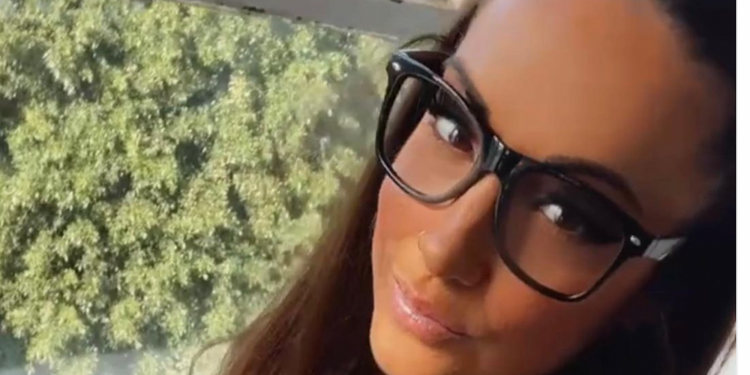 Social media has given birth to the creator economy and these platforms have created an influx of new jobs that have never before existed.

One of these outlets is OnlyFans, a subscription-based creator platform created in 2016 that is sexier than your average Instagram, where creators often post provocative and explicit photos and videos.

And for one Arizona-based former teacher, the platform has helped her become a millionaire in just three years.

Talk about a side hustle!

Courtney Tillia, a former teacher, who quit her job in 2016, started using the platform as a way to bring in more cash but quickly found that her earnings were much more fruitful than she could have imagined.

Surprisingly, Tillia told TMZ that she received an outpouring of support and kind messages from others supporting her career choice, including other teachers who commended her decision to leave the education industry.

‘As a veteran educator I ain’t made at all,” one person commented on Tillia’s Instagram.

“Good thing she changed career[s] teachers don’t get paid much,” another person said bluntly. “It’s about the money.”

Though salaries vary by state, the estimated average salary for a public school teacher in the United States in 2021 was $64,524.

In July, a teacher in Ohio went viral on TikTok for saying he is quitting his teaching job to work at Walmart, where he will make more money.

Tillia told the outlet that she misses her students but felt “underpaid” and ‘unappreciated” in her former role. She also shared that her husband helps take her photos for her to post to her subscribers.

Tillia also runs her own self-titled website where she offers coaching sessions on OnlyFans and different forms of “sexpression” through different packages.

Though Tillia’s career choice might not be for everyone, having financial freedom definitely is.

Get Future Work Instead of Money?!!

SAY THIS… and more people will buy from you