The House From ‘A Christmas Story’ is Up For Sale 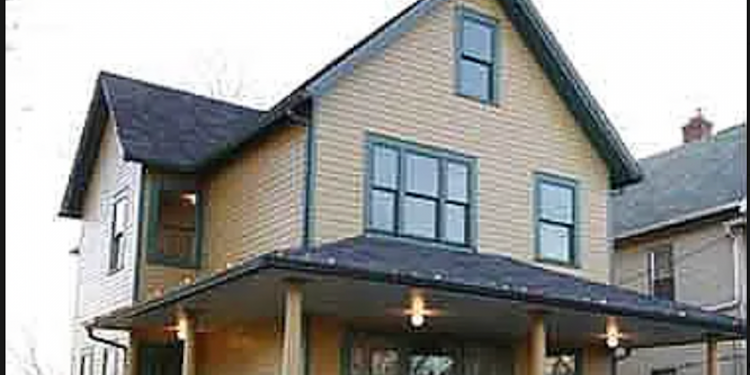 The holiday season is finally upon us, and with it comes the return to beloved traditions and holiday cheer.

For many, that means rewatching the 1983 film A Christmas Story, a quintessential Christmas classic that follows the adorable Ralphie Parker on his quest to get the toy of his dreams.

Now fans of the movie can buy a piece of cinematic history, as the home where the Parkers lived just hit the real estate market in Cleveland.

Located at 3159 West 11th Street, the yellow house with green shutters and trim has since been turned into a museum estimated to bring in over $1 million each year, allowing Christmas Story fans and customers to tour the rooms and step right into the film.

“I’m looking for the right buyer,” the current owner Brian Jones told WKYC Cleveland. “It’s something you not only own but that you have to take care of.”

The property sits on 1.3 acres and boasts an entire museum and gift shop, a separate rental property, a parking lot for guests and visitors, and the neighboring house that served as the Bumpus’ home in the film (The Parker’s neighbors.)

According to Zillow, the actual Parker house is valued at around $188,000, which includes four bedrooms, two bathrooms, and 896 square feet of living space.

The property has no official listing price, but Jones says he would consider upwards of $10 million a “competitive offer.”

“This adventure has been awesome, but it’s time for something different,” Jones said about his decision to sell the property. “It’s gone so far beyond what I expected it to be.”

Become a Software Developer by Learning C for Only $40